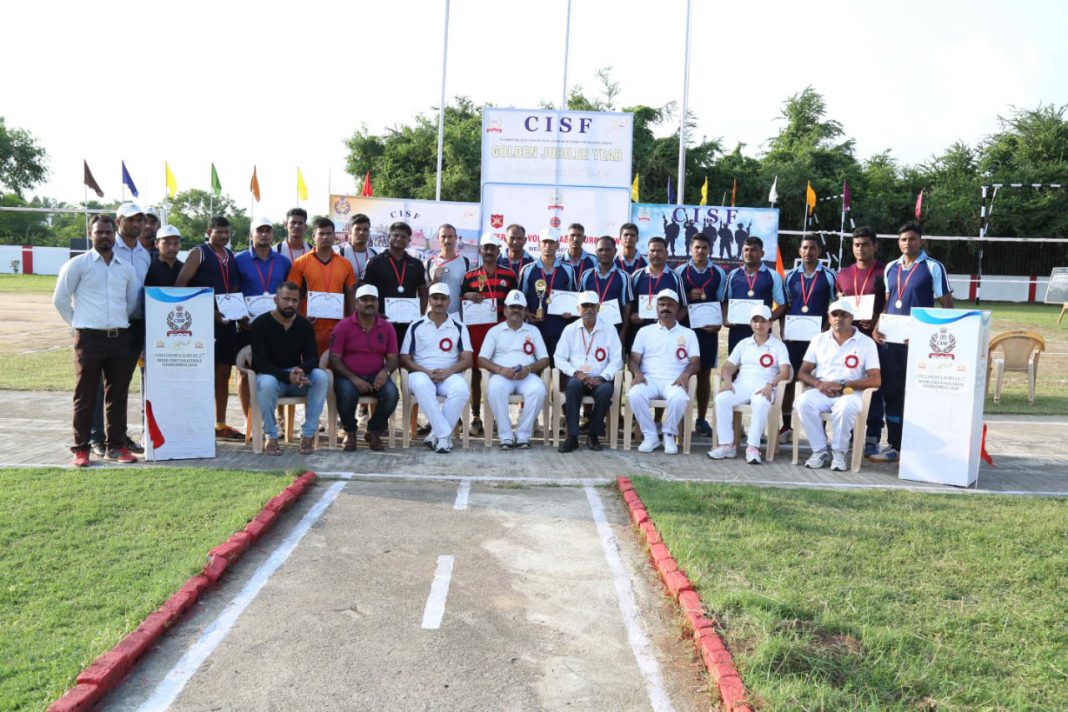 Beat Mumbai in the final

CISF is celebrating its golden jubilee year after completing 50years in service for nation. As part of it the Baroda IOC (GR) unit hosted 5th West Sector Inter Unit Volleyball tournament at their campus. Total eight teams from Jhanor, Mehsana, Ahmedabad, Nashik, Mundra, Mumbai,  Gandhar and Vadodara play with each other in the three day tournament.

In the finals Vadodara Refinery Unit beat ONGC Mumbai  2-0 and declared winners in the tournament. In best of three Vadodara beat Mumbai 25/22 and 25/19 in a high intensity match. Mumbai was declared as runners up followed by Mehsana as second runners up.

A 15 member team was selected after the tournament which will take part in the upcoming national tournament representing West Zone. The winners were felicitated by Gujarat Refinery ED with medals, trophies and certificates.