Connect Gujarat
#Beyond Just News
More
Home Gujarat A Chinese made party bomber blast in the hand of a person... 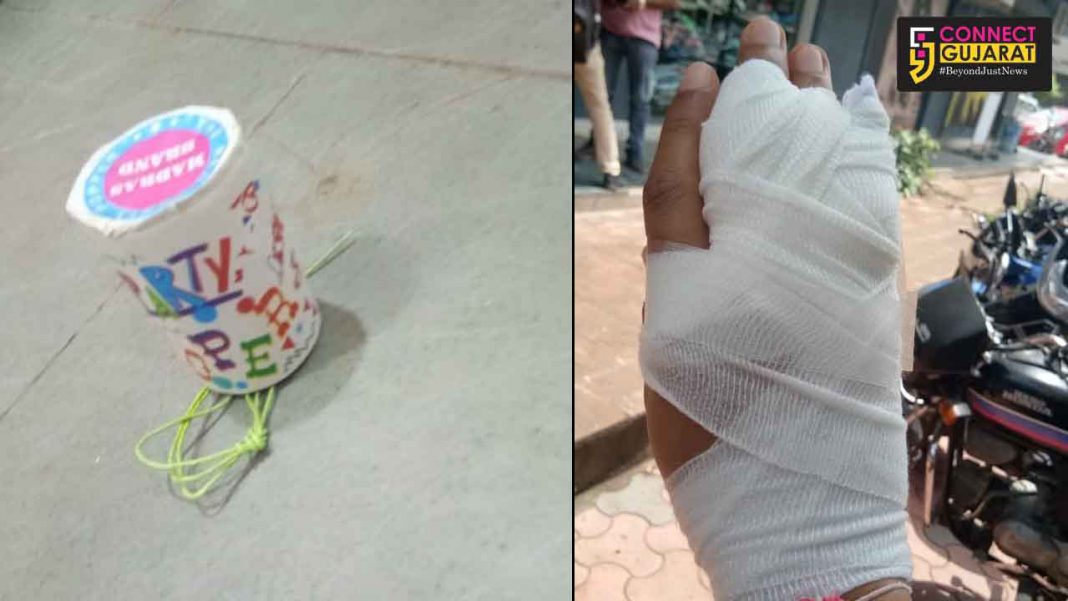 It’s a eye opener for everyone using Chinese products to save some money in their day to day life. A father had a miraculous escape as the party bomber used in birthday parties blast in his hand badly injured the three fingers. The incident shocked the family and the other children attending the party.

The incident happened in Vadodara city on Friday night as the Patel family celebrate the birthday of Arya in a private restaurant. The children arrived at the party are eagerly waiting for the cake cutting when suddenly all heard a blast in the background.

People first don’t understand but later they saw blood oozing out from the fingers of Bhavik Patel father of the birthday girl. The Chinese made party bomber they brought blast in the hand when he tried to release the glitters and stars during cake cutting.

Bhavik was immediately taken to the hospital where the doctors treat him and bandaged the fingers. The incident shocked the family and the other children attending the party with their parents.

“It’s a horrific experience for me as the thing blasted in my hand and blood comes oozing out from my hand. I fear if some kid have done that then the injury might be much grevious. I thanked God for saving the children and also taught a lesson for stay away from Chinese products. I appealed all not to use Chinese products just to save some money and put own life in danger,” said Bhavik.