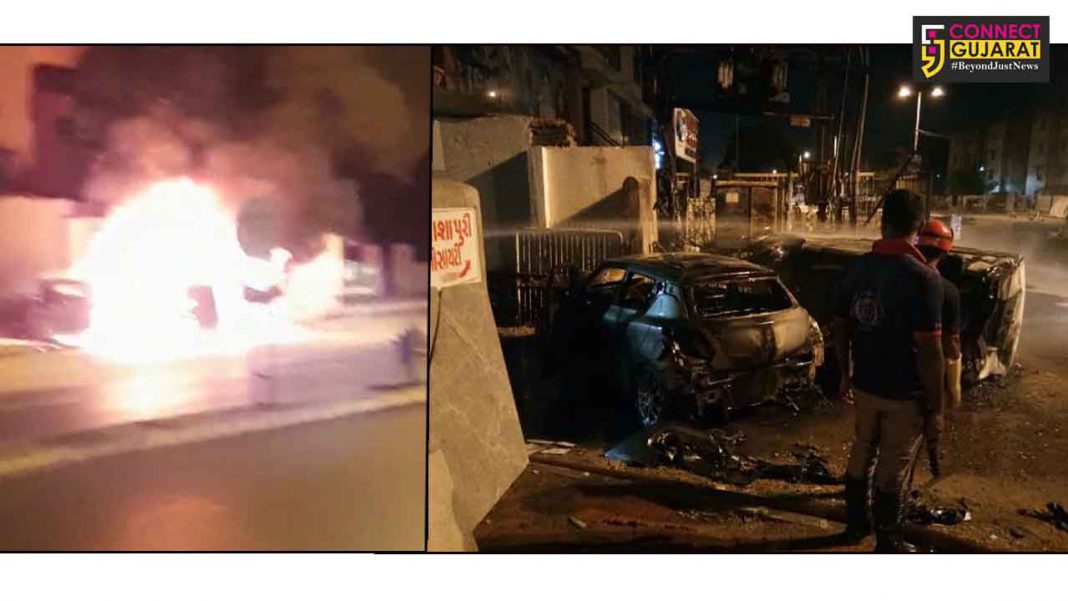 Both vehicles destroyed in fire

A brand new swift car engulfed in fire after collided with a Maruti van near cow circle on Havmour Dandia bazaar bridge road.  The speed of the car was such that it went up in flames after the collision. No casualties was reported in the accident.

As per details the brand new Swift Dezire was speeding towards Akota Dandia bazaar bridge at around 2 am when the driver lost control of the steering and rammed into a parked Maruti van belong to Manoj Shah. Both the vehicles went up in flames after dashed into the nearby electric DP grill.

The locals rushed to the spot after the big thud sound and informed the fire brigade immediately. The team control the fire with continuous flow of water and had a sigh of relief as the fire not reaches the transformer. The incident shocked the residents as the car was rashly driven and might knocked down anyone