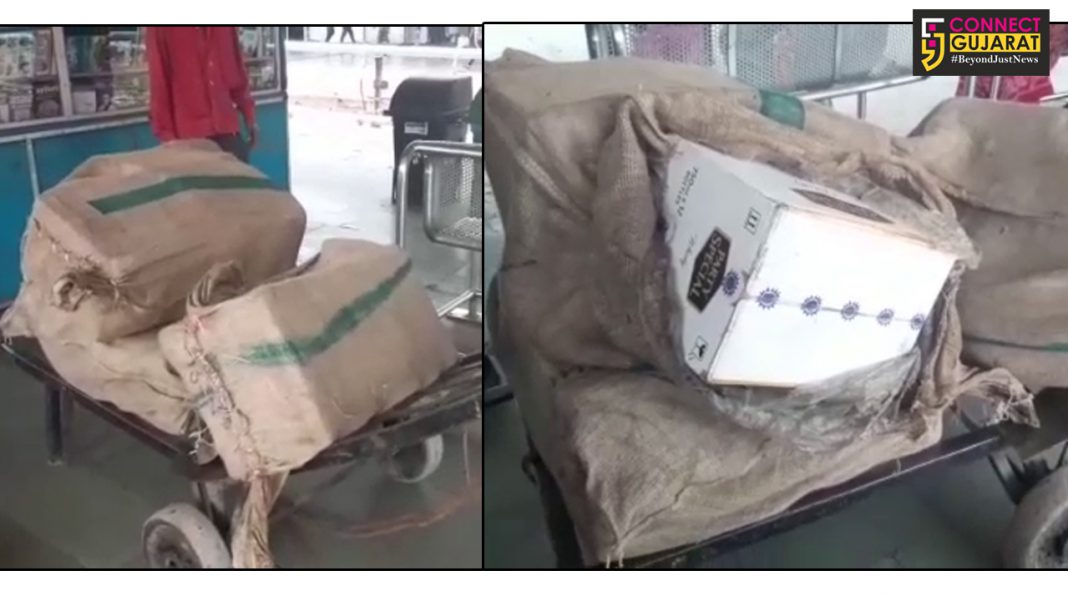 With strict checking on the national highways the Bottlegers are now changing their pattern and using trains to ferry liquor consignments. One such incident came to light at Vadodara railway station where liquor boxes were found from inside the sacks dumped near the police cabin.

As per available details the bags with liquor boxes were kept inside the Howrah Ahmedabad train and as soon as train reached Vadodara the bags were taken out from the compartment and kept near the Police cabin.

The police came to know about the liquor boxes packed inside the bags and seize them for further investigation. The changing pattern also surprised the police as the bottlegers are taking new ways to continue their business.

Failed robbery attempt in Vadodara after house owner woke up to...

MSU Researchers granted Patent for the invention related to development of...