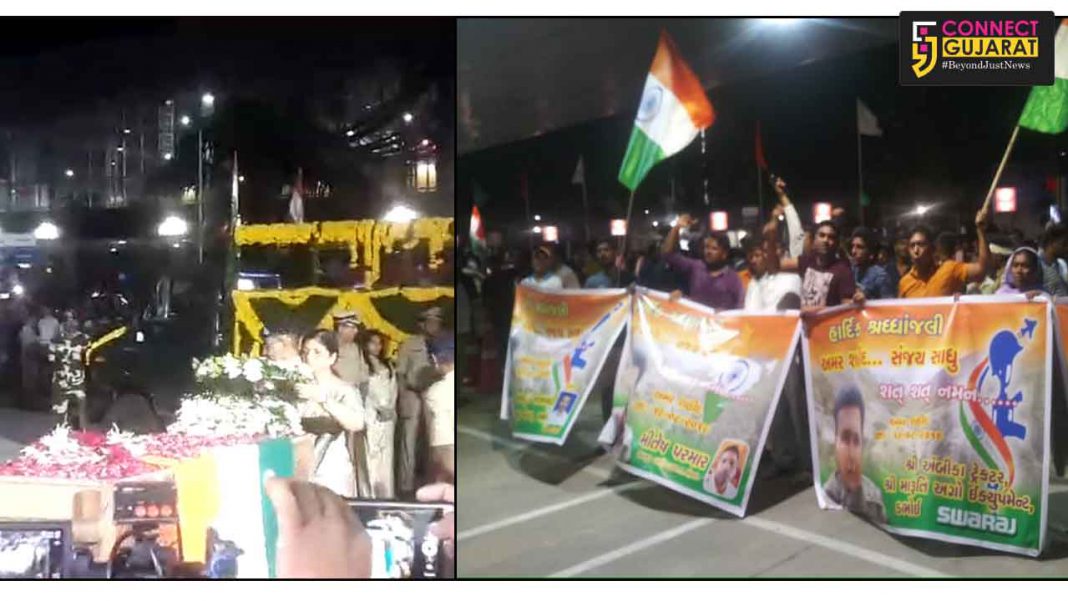 Thousands of people along with political leaders, district administration and police department paid tribute to the martyr Sanjay Sadhu as his body arrived at Vadodara airport late night of Tuesday. He was given the guard of honor at the airport and wreath laying ceremony was also held as leaders and official paid their tribute to the departed soul.

Thousands of people reached the airport to pay their tribute to the BSF jawan martyr on the line of duty while on patrolling at Assam. A pall of gloom spread in the family as friends after the news reached them here in the city. His body arrived at the Vadodara airport recived by BSF men and police jawans with heavy heart.

His coffin was placed there at the airport where state minister Yogesh Patel, MP Ranjan Bhatt, Mayor, deputy mayor, Collector Shalini Agarwal, police commissioner Anupam Sinh Gahlaut paid their respects to the departed soul. A guard of honor was also given to him at the place which makes everyone emotional present there.

Later the body of martyr Sanjay Sadhu was taken to SSG hospital and handed over to his family on Wednesday morning for the last rights.