Connect Gujarat
#Beyond Just News
More
Home Gujarat BJP will give a strong government to the people – Gopal Krishna... 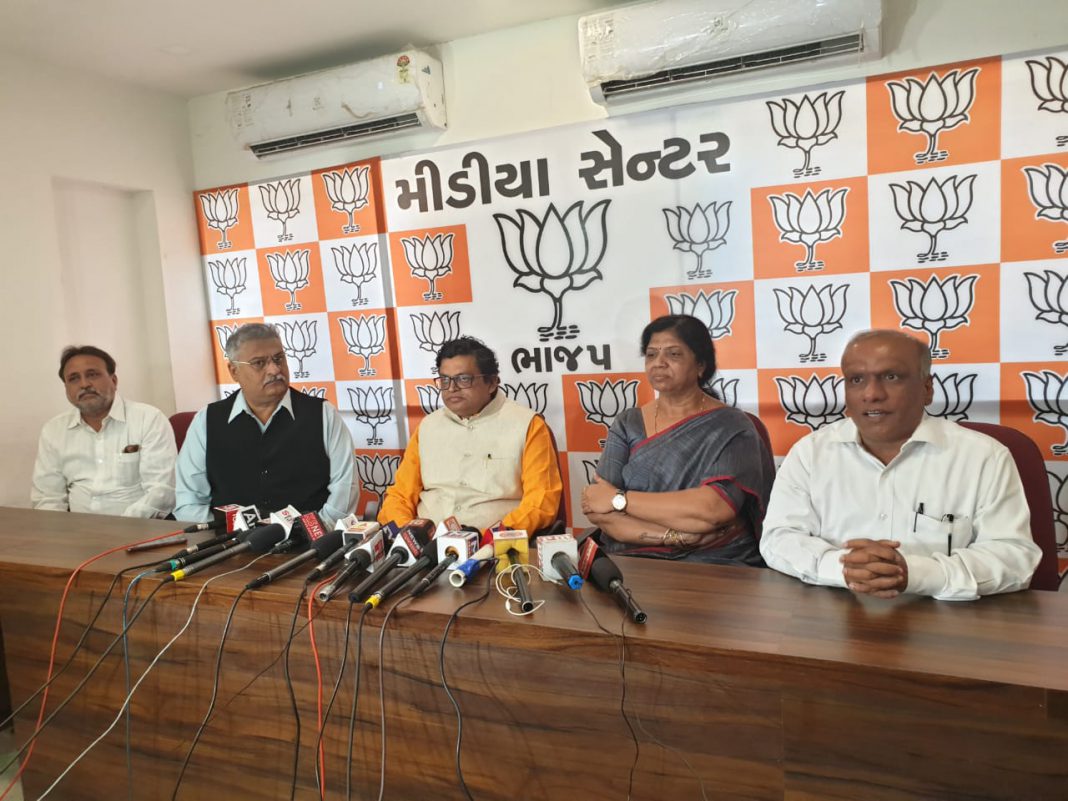 “The people of India want a strong government and Bhartiya Janta Party is efficient enough to fulfil it. The government is moving ahead with the development agenda and continue it in the coming elections. The government is sensitive towards the farmers and lots of things will be announced in the upcoming budget,” said Gopal Krishna Agarwal.economic thinker and national spokesperson of BJP.

On his visit to Vadodara Agarwal put focus on the development policy of the BJP and attacked the Congress and other parties for creating issues from nowhere. He said the people want ‘Majboot Sarkar’ not ‘Majboor’ one. “BJP is following the development path and working towards the concept of New India. Before us in the UPA time the economy is considered as fragile but when we came to power out country is 5th in the world. We implement 129 schemes for the people like Jandhan, GST, Ujjwala, Ujala, roads, farmers and others. In the upcoming elections we are fighting with the same agenda and will give a strong government to the people,” said Agarwal.

Attacking the opposition he said they are running out of issues and unnecessarily raising the topics to divert the issue. “All the scams are in the time of UPA and we are trying to get all the things on track. Mehul Choksi, Vijay Mallya, Nirav Modi had partnership with them during their tenure and as soon as we came to power they left the country. We are working towards the progress of the country and continue it,” said Agarwal.

On farmers issue he said the government is sensitive towards them and launched many schemes for them. The government is also planning to announce many things for them in the upcoming budget.

On Shatrughan Sinha he said people like him and Yashwant Sinha don’t have any place in the party and what they are speaking is only to get the media space. On American Hacker claiming about EVM machines hacked he said all this is the handiwork of Kapil Sibbal and if they have any proof then present before the election commission for investigation of facts.

About West Bengal he said Mamata Banerjee is troubling them and TMC along with Communist Party is known for it. However they are working strongly in there and something positive will comes out. He said the government is working on push model to reach every people with the government schemes.