BJP don't have any leaders which people can remember : Bharatsinh Solanki 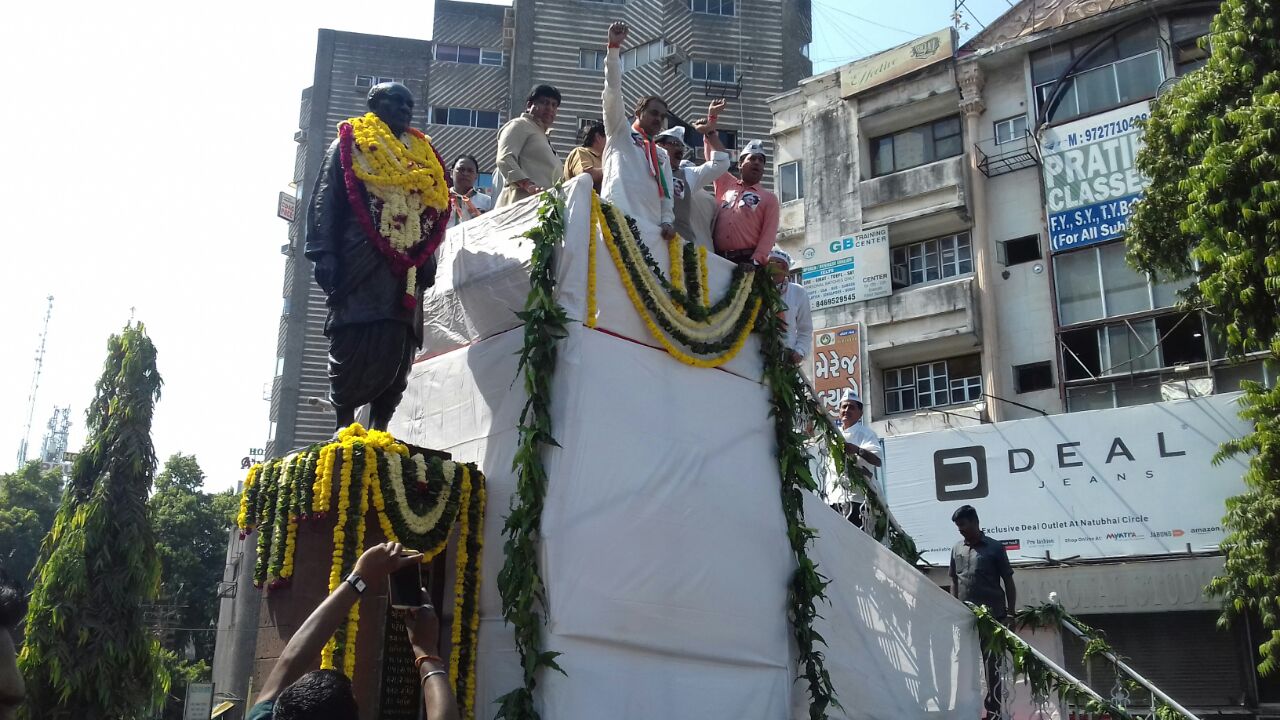 Gujarat Pradesh Congress Committee (GPCC) president Bharatsinh Solanki in Vadodara attacked BJP for not giving any leaders which the people can remember. He also said BJP used the name of Sardar Vallabhbhai Patel as their leader but they have to look into the history to see that he was with Congress.

Bharatsinh Solanki was in Vadodara and paid his respects to the Sardar Vallabhbhai Patel on his birth anniversary and garlands his statue at the Dairyden circle in Vadodara. He also paid respects to former Prime Minister Indira Gandhi on her death anniversary. Later he flagged off a motorcycle rally of Congress party.

Talking to media persons he said Congress is following the ideology of late Indira Gandhi and Sardar Vallbhbhai Patel. BJP don’t have any such leaders which they give to the country.

“Sardar Patel was President of Congress and always be with the party. He is the one who once ban RSS and if he is still there the BJP don’t have any identity. On the other side the BJP is using his name to play their own politics. The party don’t have any such leaders which anyone can remember,” said Solanki.

BJP on Mission to Red land of Kerala change in saffron

He further said that Congress stand is clear and they want to befriend with everyone. Clearing the stand against Patidar leader Hardik Patel, Kshatriya leader Alpesh Thakor and Jignesh Mevani he said all are youth leaders and grow with their efforts. BJP fails to get them on their side as none of them wants to go there. The reason is BJP leader Amit Shah need remote control leaders which they don’t want to be.

He said Congress will win more than 125 seats in the upcoming elections as the people of Gujarat now make their mind to give the ruling to the Congress. BJP since its foundation plays their politics based on castes and religions. However Congress always walks along with the people and believe in unity just like Sardar Vallabhbhai Patel.