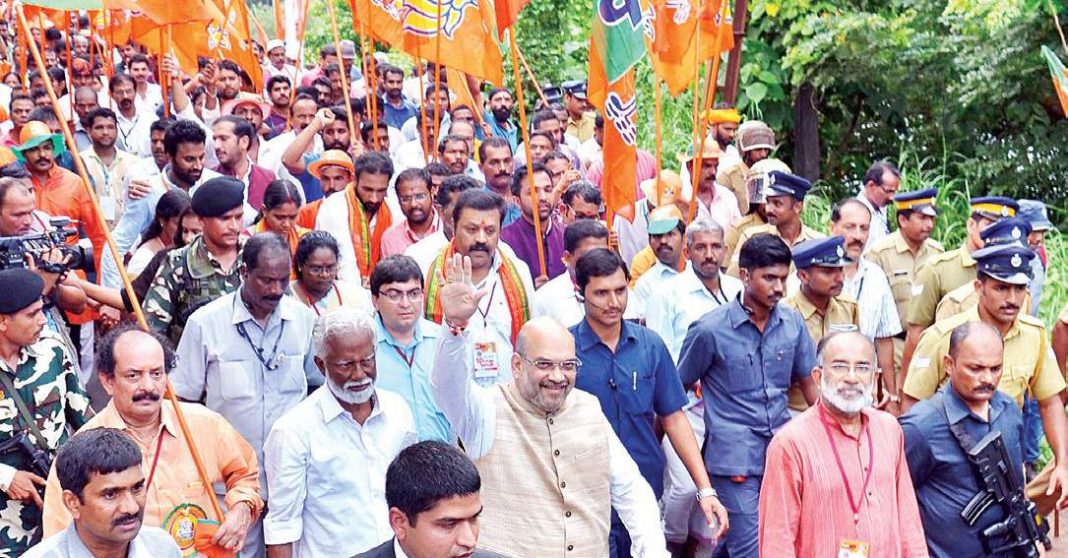 In India’s most educated state of Kerala, Bhartiya Janta party is busy in its vigorous efforts to regain its foothold. BJP expects that it will be able to convert the red land of Kerala into saffron in the forthcoming elections. In view of this, BJP President Amit Shah started the 14-day Janaraksha Yatra on October 3 in Kerala to gain public support against CPM.

In this visit, Uttar Pradesh’s Chief Minister Yogi Adityanath has also joined. Yogi openly announced that during the Jan Yatra, we will convert the red land of Kerala to saffron In the next elections of the BJP, wants to emerge as the rightist, at least the biggest opposition party. For this, they had already made a strategy. The Sangh Parivar has hastened the campaign to break the CPM stronghold.