Connect Gujarat
#Beyond Just News
More
Home Gujarat Big fire was reported from inside a house in Diwalipura area of... 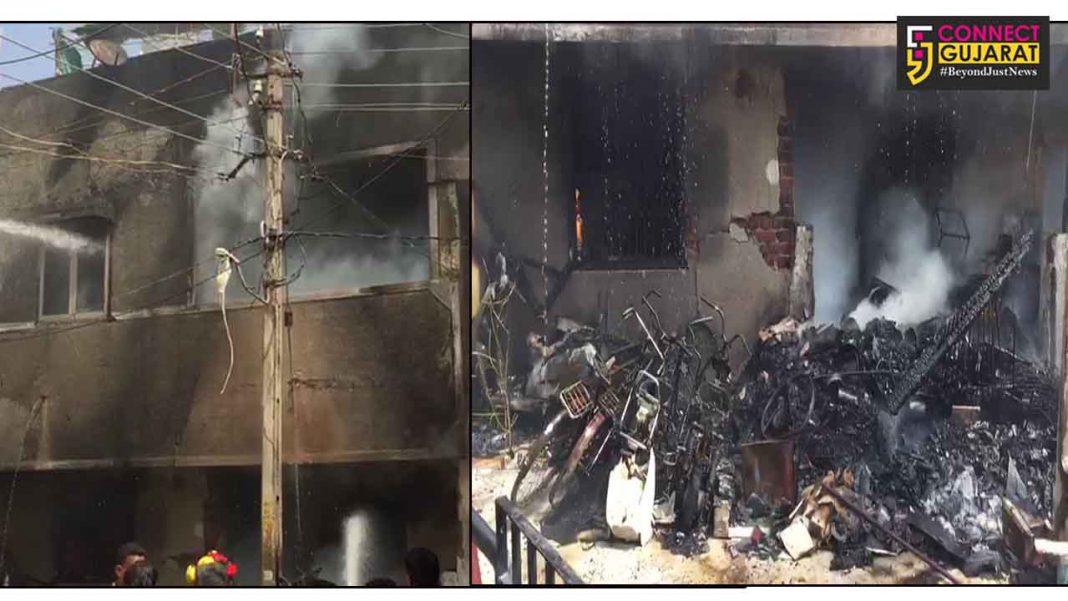 Locals accused the house owner for running flesh trade from there

Big fire was reported from inside a house in Diwalipura area of Vadodara shocked the residents as they rushed to the spot in a hurry.  The house was filled with scrap items and locals accused the house owner for running flesh trade from there.  As per sources they also beat his wife after she reached the spot.

As per details the local residents of Nidhi Park society rushed to spot after a big fire was reported from inside the house of Girish Shah.  The residents put allegations on the house owner for running a flesh trade from there. They also assaulted the wife of the house owner after she reached the spot.

They also said to be complained the matter to the local councillor for so many times in the past but no action was taken by them. In today’s fire in the scrap filled house damaged their vehicles parked there.

Fire brigade reached the spot and control the fire with continuous flow of water. The teams used seven fire tenders to douse the flames.