Connect Gujarat
#Beyond Just News
More
Home Gujarat “Being an actress I will request Modiji to stop the molestation incidents... 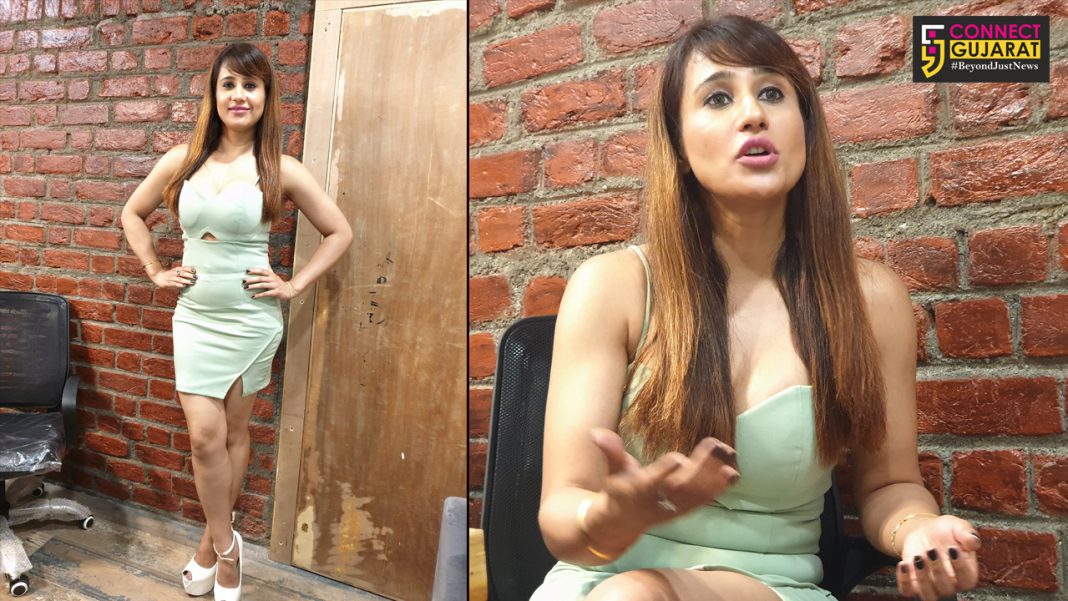 In Vadodara for a launch of food court

“Being an actress I will request Modiji to stop the molestation incidents in bollywood and take strict action against the responsible. Casting couch and Me too prevails in the industry but it’s on the mentality of the person to chose the way,” said actress Jaspreet Kaur during her visit to Vadodara. She also said the nudity nowadys in films, web series also increases the cases of molestation in the industry.

Jaspreet is the perfect blend of looks, acting and brains and wants to conquer the industry with her better choice of films. Born in Pune she graduated in Software Engineering and then went on to complete her Naval Architecture and MBA from Canada. But she ends up to pursue her dreams to become an actress in the industry.

“I always has a dream to act and after completing my education I took part beauty peagent and won titles of Miss Fashioniste and Miss Vivacious. I then moves on to south and done films in Malayalam and Tamil. I done corporate videos and then signed my first film ‘Sound Of Water’ a conceptual movie based on water issues at Raipur and Chattisgarh. The next ‘Ab Har Dayra Tutega’ revolving around Allahabad and the done a Marathi movie Mumbai Central,” said Kaur.

Jaspreet is well versed in Hindi, Marathi, Punjabi, English and is ready to do regional language films like Gujarati. She signed another movie called ‘ Aulad’ a film by Gujarati producer and once again a conceptual film.

“I want to do movies with good concepts which people can watch with their families. I don’t want to be stereotype and prefer being called a multi talented actress. I am ready to do regional movies which has a good storyline and appeal the audience. I have the looks, acting and brain and bring out the hidden concepts which never been explored in bollywood,” said Kaur.

Jaspreet is against nudity as it increases the molestation cases in the industry. She wants strict action against such incidents as it forces the young generation to compromise against their wishes.