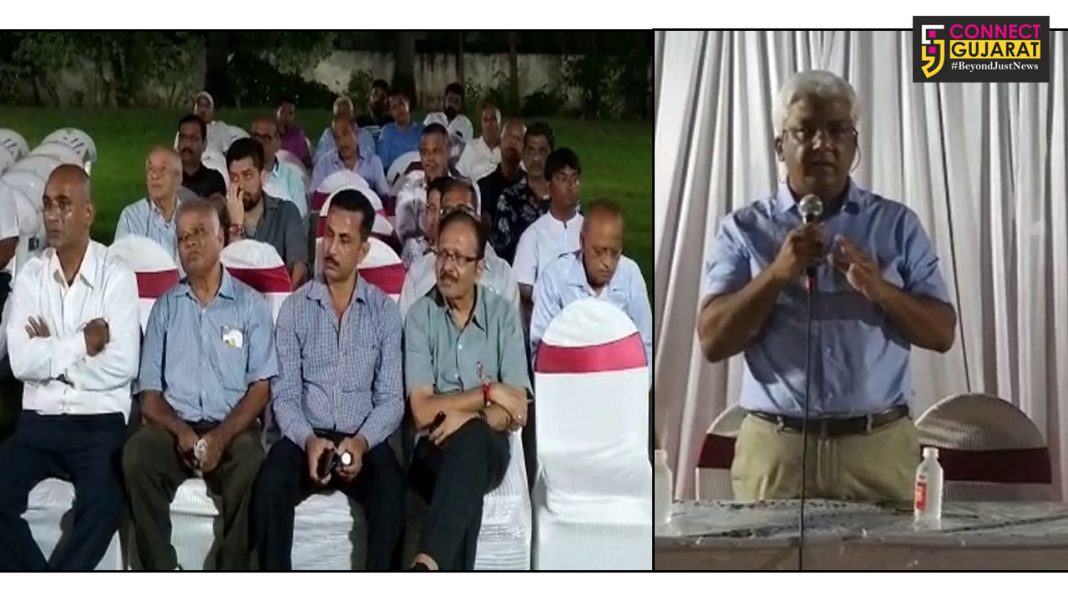 After six years the cricket circles in Vadodara is once again warming up for the elections scheduled to be held on 27th September 2019. Both Royal and Revival groups are meeting their supporters in the possible time and trying to capture the top posts in the Baroda Cricket Association.

Royal group head by Maharaja Samarjitsinh Gaekwad held group meeting for the supporters and members of Ajwa and Waghodia road and trying to push forward the issues which affect the association. The meeting was also attended by Dabhoi MLA Shailesh Mehta (Sotta) who make a point to raise the issues of cricket stadium and more international matches in the cricket loving city of Vadodara.

“Our city is known for its tremendous contribution towards sports and producing world class sportsmen. This meeting at my place is to inform the BCA members of Ajwa and Waghodia road areas about the upcoming BCA elections. The present committee has put the association economically weak in last five year. There is no stadium, players are not getting opportunities and no real information are given to the members are some of the issues. We extend our support to the Royal group,” said Mehta.

Royal group head Samarjitsinh Gaekwad said the elections dates are nearby and they don’t have much time for door to door interaction. The group meeting is to interact with the members of the area to make them aware about the situation and request them to vote on 27th September 2019.

“The present committee is responsible for the poor performance of the cricket in Vadodara. There is no stadium, international matches are dried out and our teams not even win any BCCI tournament in the last five years. The junior players are not in any zonal and national camps and other states are going ahead of us. In the last six years one AGM was held and the present committee not present any accounts or other administrative work before the members and it cost the association of 201cr from the BCCI. The revival group is responsible for all the situation and we want change for good in the association,” said Gaekwad.