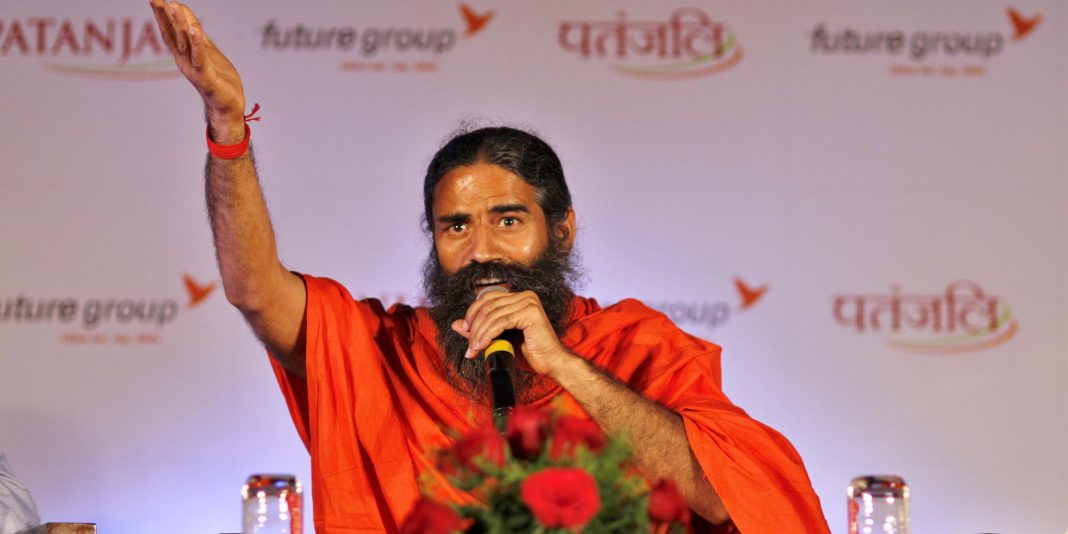 Yoga guru Baba Ramdev wants the Narendra Modi goverment to turn their attention towards making India glorious. He said the present system changed towards personal attack and it is not good for the democracy. He also added that Ram Mandir is the issue of prestige for the BJP and they should built the temple to get the trust of people.

Baba Ramdev is in Vadodara to launch the Patanjali Paridhan store after Delhi and Ahmedabad. After the inauguration he turn his attention towards the present system which is not good for the country.

“From price increase, unemployment, health, agitation, black marketing, corruption the country is not heading anywhere and the present goverment should work towards glorious India. Nowadays the attention shifted towards personal attacks and it is not good for the democracy. PM Narendra Modi started many schemes and his intentions are good for the country and he successfully executed many of them. But there is lots to be done and the support from the party is the key to execute them,” said Baba Ramdev.

Speaking about Ram Mandir issue he said the time is perfect for the government to built the temple. “The matter is still is the court and I don’t think about a solution in near future. The only thing left is people built the temple on their own but it can lead to communal tensions. The other is that Modi goverment bring ordinance in the parliament regarding the issue. The issue of Ram Mandir is matter of prestige for the party as both in UP and centre they have the government and if not now then never will they built the temple. To get the trust of people they have to built Ram temple now,” said Baba Ramdev.