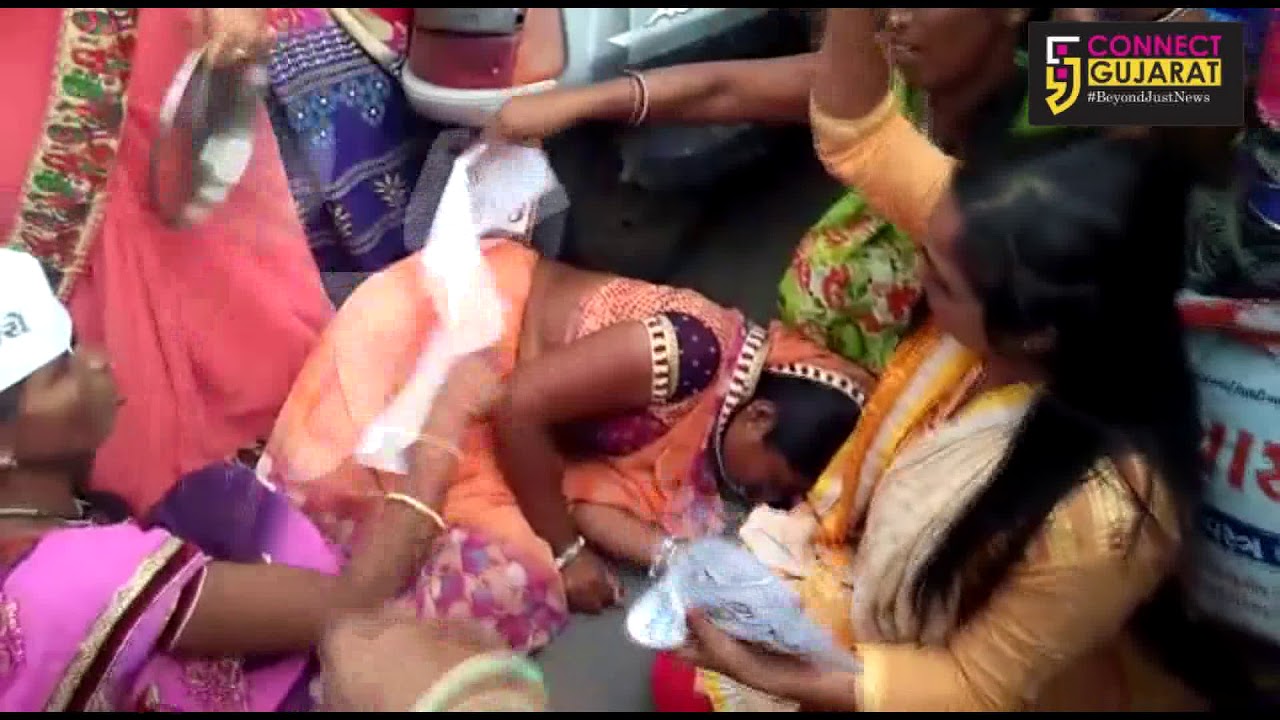 Asha workers in Vadodara on Friday went to BJP office at Manubhai towers to press their agitation further. However the office was locked and the workers went outside and shouted slogans against the government. When police trying to intervene they also clashed with the on duty lady officers. Meanwhile some of them were reffered to the hospital after they complaint of uneasiness.

It's nearly around 20 days that Asha workers in Vadodara sit on strike inside the collector office pressing their demand of equal salary equal work. They use different means like burn the effigy, human chain, chakka jam to show their protest. On Friday they all reach the BJP office with beating plates with spoons and shouted slogans against the CM and the government.

Asha workers on fast till death in Vadodara

The whole busy business area of Sayajigunj was standstill for a while as the Asha workers went on middle of the road and protest. The traffic was also disrupted and police has to intervene and detain the workers. However the workers resist aggressively and clashed with the on duty lady police officers.

Meanwhile many of them felt unconscious and later taken to the hospital in ambulance. The agitation of Asha workers are getting aggressive day by day and many of them are sitting on fast unto death. Now it's up to the government to think seriously as the Asha workers are not seems to be in a mood to wind up their agitation until their demands were fulfilled.