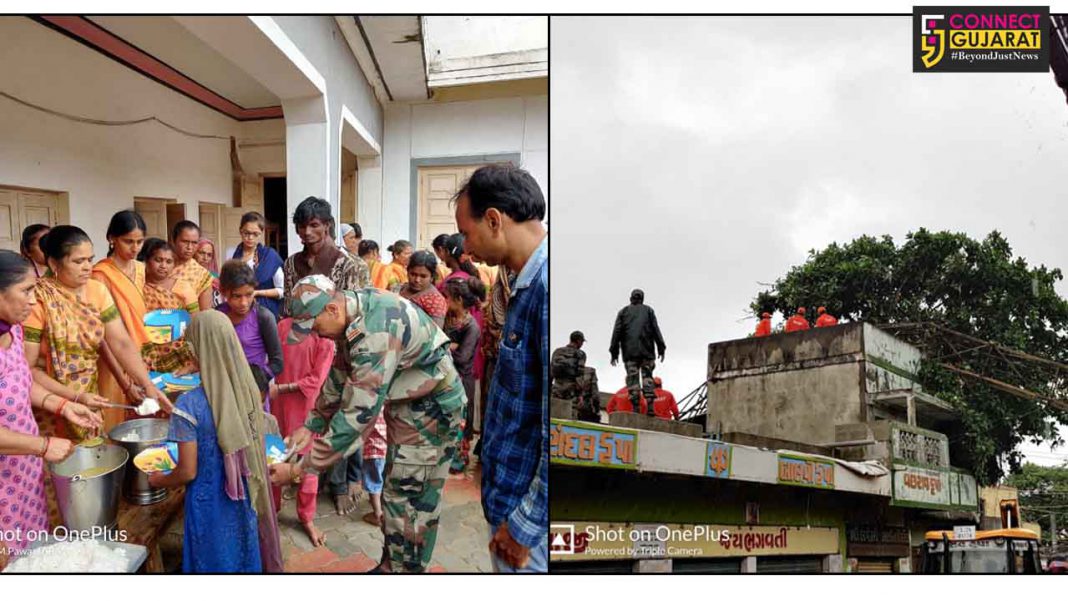 As Cyclone Vayu passed the coastal areas of Gujarat it’s time for the agencies to engage in relief work.  Indian Army in coordination with the state government had deployed 10 columns for rescue and relief operations in Saurashtra.

The co ordination with state government, Army, NDRF and other agencies was phenomenal. After formally requisitioned by the state government, the army columns geared themselves for the rescue operations which helped the administration with NDRF and Police to evacuate thousands of people from low lying areas of coastal Gujarat to safer places.

State government utilized Army columns to distribute rations and food at relief camps in affected districts. At Porbandar, a major mishap was averted due to the uprooting of a communication tower which fell on the building. Army and NDRF restored the communication and the tower was removed by cutting it from the base to prevent any accident. 24 Columns of Army were kept on standby to react at short notice. Army officials are in constant touch with SDMs of all districts HQ to work as a team.