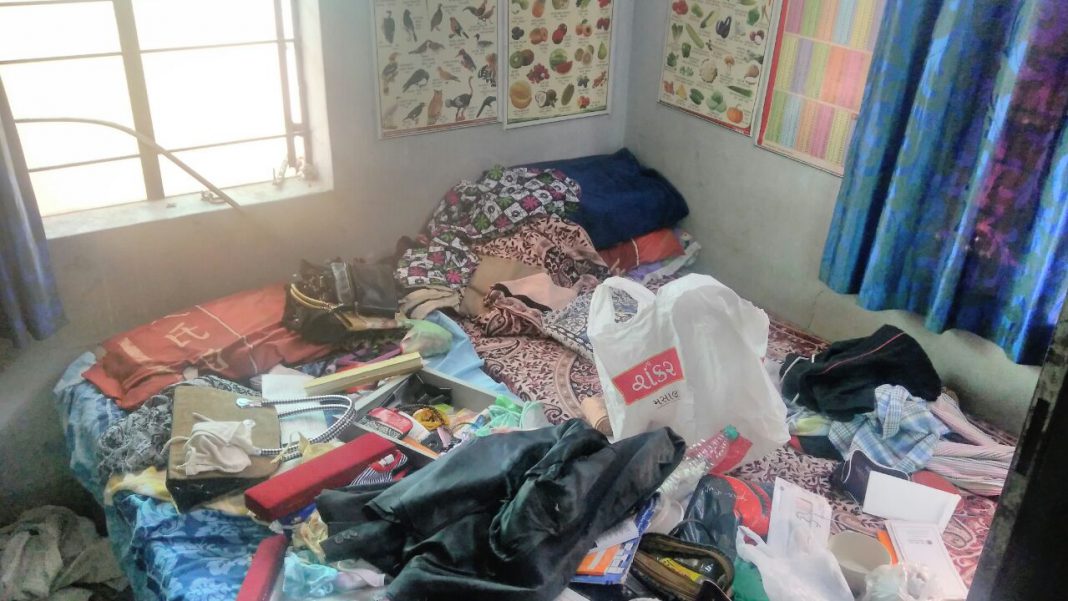 Armed robbers strikes inside the house of a bank clerk on Tuesday night and decamped with cash and jewellery worth around 4 lakhs from there. The couple was locked inside their bedroom by the robbers and then they burgled the home. The Maharashtrian family is in shock as the Gudi Padva their new year starts with such a incident.

As per the details Sunil Waghe residing in Tuljanagar2 with his family and working as clerk in Bank Of Baroda Makarpura village branch. He said that his father was admitted in a private hospital at Dabhoi road as he was not well. He said he went to the hospital to give tiffin to his father and son Ratnadeep and they returned late night. His son and daughter in law went to their room and his wife and daughter went o another house in the society to sleep.

He said during late midnight the robbers entered after broke the grill and locked his son inside his room. They also locked the another door and broke the cupboard and decamped with cash and jewellery woth four lakhs. Sunil Waghe further added that his wife and daughter who were sleeping at other house in the society return home and shocked to see the door was locked from outside. They then see the door of his son was also locked and afterwards they inquire and found that the cash and jewellery missing from his home.

Sunil Wagh after returned home informed the Makarpura police and they reached the spot Dog Squad and Finger Print experts and start investigating. Wagh said that his son got married in November 2016 and the robbers decamped with her and family members jewellery on the day of the start of their new year Gudi Padva.