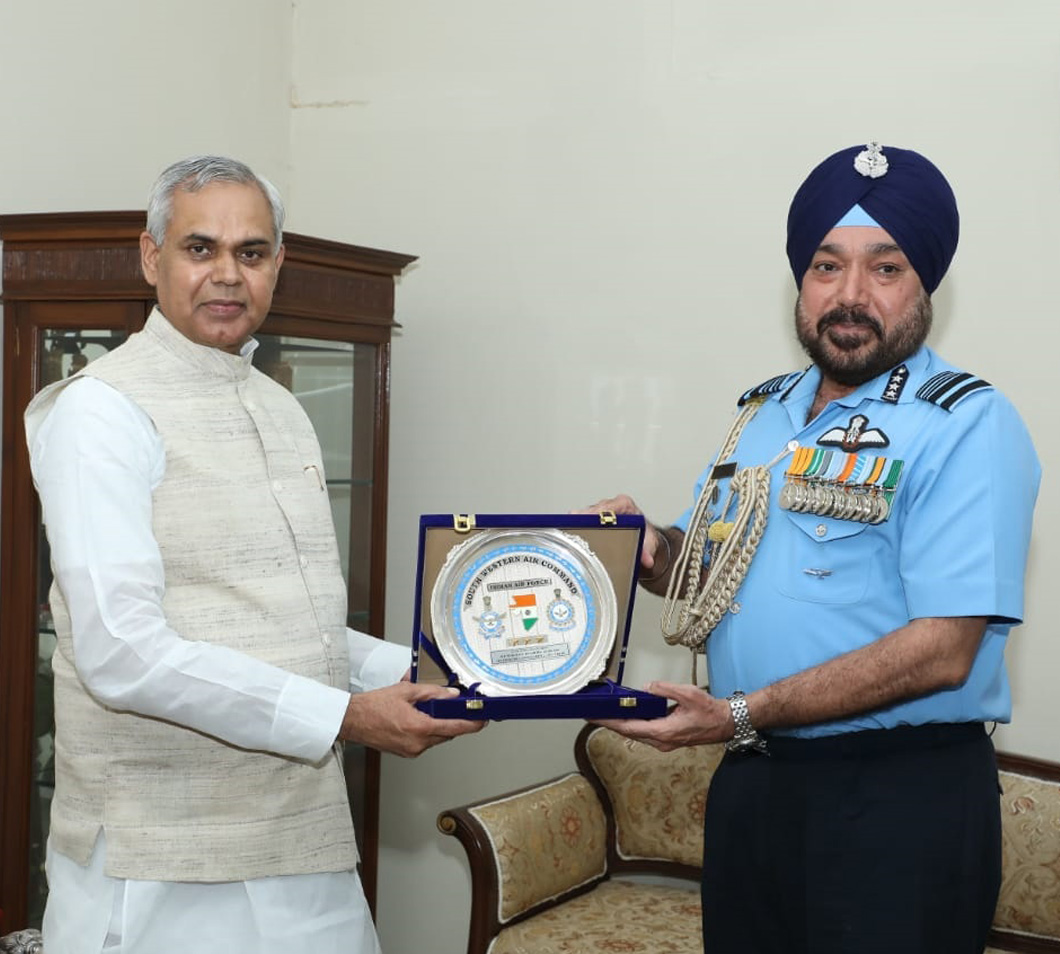 AOC-in-C highlighted initiatives taken by South Western Air Command in recent past and also apprised Governor on operational preparedness of the IAF on the western front and initiatives taken to achieve joint operations with sister services. He also appreciated support being extended by State Government in various ongoing projects of IAF.

Air Marshal Arora highlighted emerging situation due to heavy rainfall during ongoing monsoon season in the State of Gujarat and apprised him of all the proactive measures taken by the IAF by prepositioning helicopters at select locations in case of any eventuality that requires Humanitarian Assistance and Disaster Relief (HADR) operations to be undertaken.