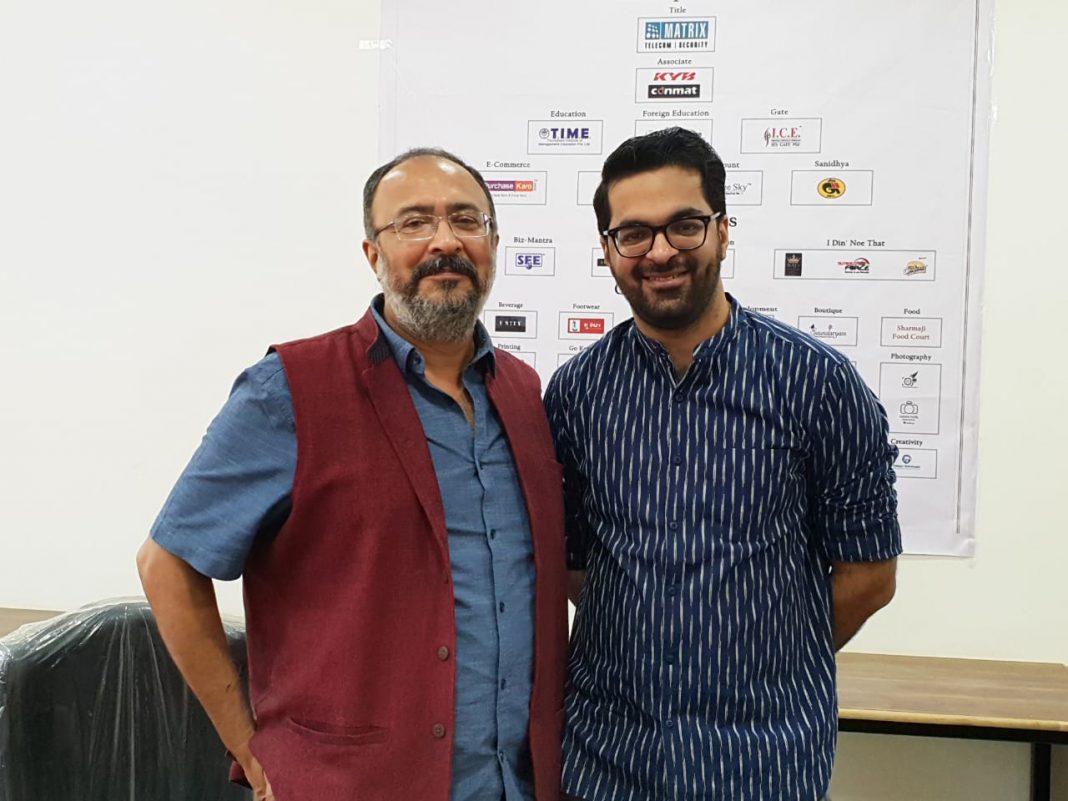 Said must get equal recognition like the director of the film

“The situation of Indian screenwriters is improving but they are still away from the real recognition which they have the right to get. They are important part of any film and have the right to get equal compensation like the director of the film,” said Anjum Rajabali known for his films like Ghulam,  The Legend of Bhagat Singh and Rajneeti. He along with Sumit Arora attend the Paramarsh event organise by MSU Faculty of Technology and Engineering in Vadodara.

Anjum has written many hard hitting films and also known for his leadership to fight for the rights of the writers in the industry. He said the situation starts improving but the writers are still away from the real recognition.

“A screen writer work is very important as all depends on the good script to run a film. Its like a perfect recipe and if it went wrong than nothing can be done. Script is work of art and here the rights of the writers are getting exploited for years. We demand to get the share, same compensation and equal name along with the director of the film,” said Anjum.

Talking about the present scripts and stories he said cinema is like the mirror of the society and the writers maintain the innocence as well as the aspects of human nature in their storyline. The films must explore new subjects to touch the chord of people in this present era.

“As the society is changing the subjects of the films need to be according to the present scenario. We must make films on gender discrimination,  LGBT community, wrong against people and many more. There is a interplay between society and cinema,” said Anjum.

Stree film dialogue writer Sumit Arora said the subjects are more diversified now and it’s the art of the writer to present it in a effective way. Giving the example of his film Stree he said the film carries a message of woman empowerment but same way present like a horror comedy.  In other words the subject must be present in such a way that it can spread the message without affecting the entertainment factor.

Arora also known for active in web series also diffentiate both the mediums without affecting each other. “Digital medium will grow and gain momentum is coming time. Digital content is now avaliable to everyone but it can never affect the bigger medium. Cinema is a experience for everyone and digital is a personal viewing experience with both going hand to hand, ” said Sumit.

Anjum Rajabali and Sumit Arora present in the panel discussion on “THE PROCESS BEHIND FIRST TAKE” presented by SWA(Screenwriters Association) in the annual Paramarsh event.