Connect Gujarat
#Beyond Just News
More
Home Gujarat Animal lovers from Vadodara protest against the killing of tigress Avni in... 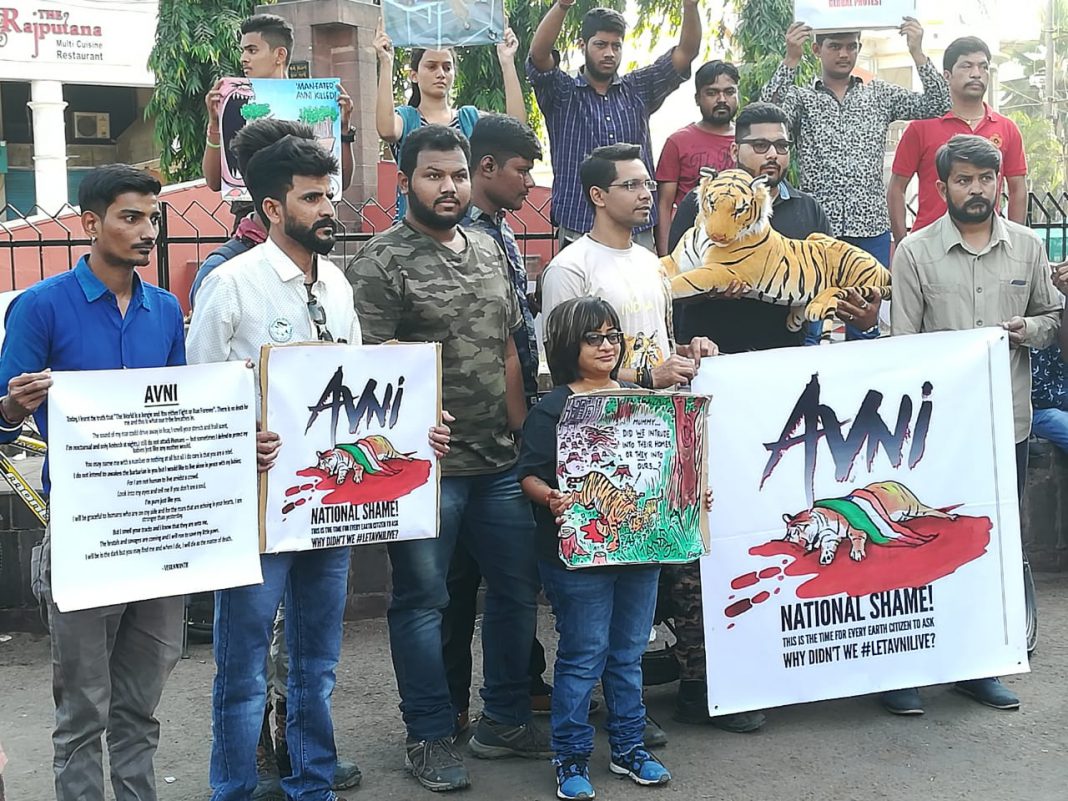 Said government make strict rules for animals to save them

Animal lovers all across the country protest against the killing of tigress Avni alleged as man eater last week. Everyone is questioning about the controversial shooting and asked the government about the other options to save the tiger which gives the nation a identity and also in the extinct animals list.

Canine group in Vadodara along with other animal lovers also questions the killing and the action taken by the government. They stand with placards and banners at popular dairyden circle area in the city and raised protest against the decision which saw a national uproar after the controversial killing.

“It’s unfortunate that the animal which boosts the tourism in the country and a national symbol was killed without any concrete proof as man eater. The government can tranquilize and shift Avni to the zoo but instead they killed her. Tiger falls in the category of extinct animals and there shall be strict rules for animals like us to save them,” said Vishal Thakur founder Canine group Vadodara.