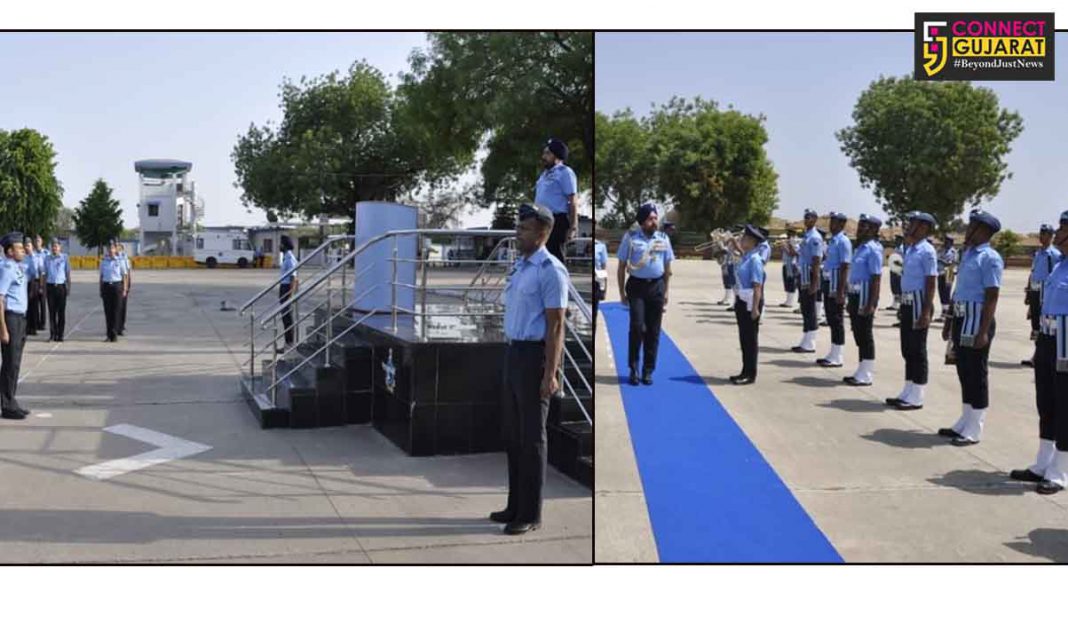 The Air Marshal received the customary Guard of Honour, comprising women officers and air warriors led by Sqn Ldr SS Mythraye, lady officer from Chennai. During the visit, the AOC-in-C was briefed on the current operational situation and preparedness of the station to meet its assigned tasks. He inspected various operational installations and complimented the personnel for their battle readiness.

Appreciating the crucial role played by the Station in providing Air Defence in SWAC region, the Air Officer shared his past experience of being Air Defence Commander in two Operational Commands and Director General of Air Operations at Air HQ and provided focus areas for enhancing combat potential and operational orientation of station personnel for meeting the emerging challenges.