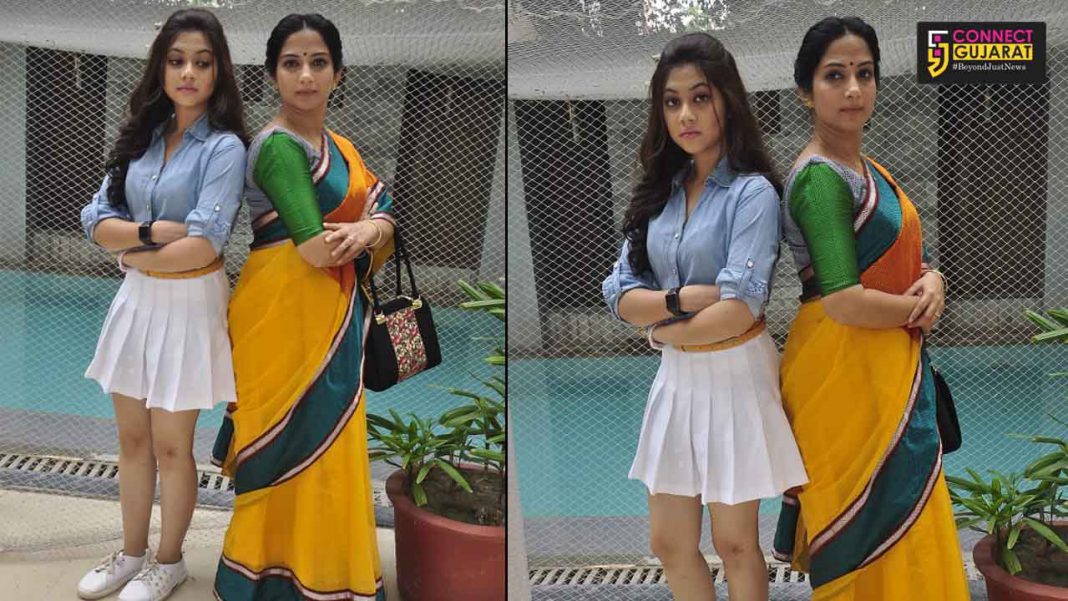 Blood relations are considered the strongest in our society but are they the only human ties we value? There are some unexplained relationships that barely find a definition, are not bound by law or blood but are special and unique, simply because you deeply cherish them.

Zee TV is set to launch a new fiction show, Tujhse Hai Raabta and bring its viewers an endearing story of a unique, bittersweet mother-daughter like relationship that begins to develop between two women. Anupriya and Kalyani who are not related by blood, practically strangers to each other, but tied together by an unconventional bond.

Kalyani (played by ReemSheikh) is star of her parents eyes until their picture-perfect family life comes tumbling down like a pack of cards. Her mother Madhuri (played by Amrapali Gupta) died in a freak incident and father Atul (Pankaj Vishnu) arrested for the same, Kalyani is left at the behest of a stranger woman.

Anupriya (played by Poorva Gokhale) is now not only her sole custodian but the one person solely responsible for her family’s peril. Kalyani moves into the house of Anupriya, who she wasn’t ever introduced to and strongly suspects to be her father’s mistress.

Tujhse Hai Raabta is Kalyani’s journey of avenging the loss of her family and her volatile interactions with a mother figure that she isn’t about to accept.

Set against a Maharashtrian backdrop, Tujhse Hai Raabta interestingly depicts the irony of life when every relationship isn’t truly what meets the eye.

Talking about the show and her visit to Ahmedabad, Poorva Gokhale said, “I am glad to be a part of a show like Tujhse Hai Raabta that highlights an unusual relationship between two strangers. My character, Anupriya Deshmukh, goes through emotional turmoil that changes her life forever. She is a very simple and gentle woman and her caring nature is her biggest strength.  I am returning to Hindi television after a break and very excited about this new endeavour. I have been to Ahmedabad a couple of times in the past and each time, I have ended up loving the city a little more. I am in love with its vibrant culture and its people. If time permits, I would love to do some shopping for my family and friends.”

Reem said, “I will be seen essaying the character of Kalyani Deshmukh who is a mature, happy-go-lucky girl and believes in following her own set of rules to lead a happy life and loves her parents immensely. A certain turn of events alters the course of her life and she gets caught in a complex situation. The intensity of the character requires me to portray an array of emotions and it is truly challenging for me as an actor.  I am really excited to entertain the audiences and I hope they support me in this new journey. Ahmedabad has always been very warm and welcoming and I enjoy every time I visit the city. I am a big foodie and would love to relish on some yummy dhokla and khandvi whilst in the city.”