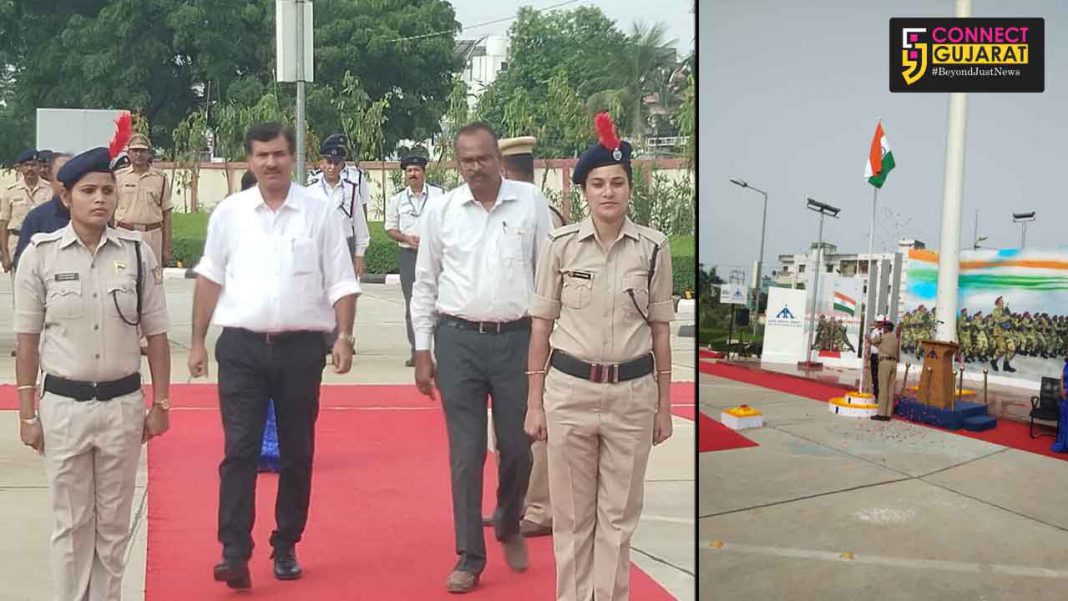 Developed it as Selfie point

Giving a tribute to the armed forces Airport authority of India & VASU Healthcare have come together to create “SHAURYA STHAL” at Vadodara Airport this Independence Day. The beautiful creation salutes the Indian Armed Forces by depicting a colourful 3D painting made by the artists of Faculty of Fine Arts, M.S.U Vadodara.

The AAI Vadodara airport celebrates the 72nd Independence Day with great enthusiasm and fervour. Special school children, security forces, authorities along with local people witness the flag hoisting and inauguration of Shaurya Sthal which also developed as Selfie point. The painting with parading soldiers gives people a perfect place to click pictures with them.

The painting is a unique blend of 13 ft high soldiers and colours of National flag along with picture of a flying Aircraft. The message to nation by Prime Minister of India “Beti Bachao Beti Padhao” is depicted in 3D view.

The “SHAURYA STHAL” is inaugurated and opened for citizens of India on 15th Aug 2018 during the celebration programme of Independence Day. This initiative taken by Airport Director, AAI Vadodara, has been financially supported by Vadodara based VASU Healthcare.

“The Shaurya Sthal is our tribute to the armed forces guarding our country borders without taking a break and selflessly. We inaugurate the point on 15thAugust to mark the Independence Day celebrations and also declared it as a selfie point for the people and the passengers. The 3D painting, colours of National Flag, flying aircraft and the Beti Bachao Beti Padhao message is the perfect backdrop to feel the patriotism inside us,” said Charan Singh Director Vadodara Airport.