Iconic carmaker that also sponsored the event for the 2nd consecutive year Over 800 MG India employees participate in the 8th edition of MG Vadodara International Marathon. The 2nd largest marathon was sponsored by MG Motor for the 2nd consecutive year and this year the registrations crossed the record numbers. The MG Vadodara International Marathon not only […] 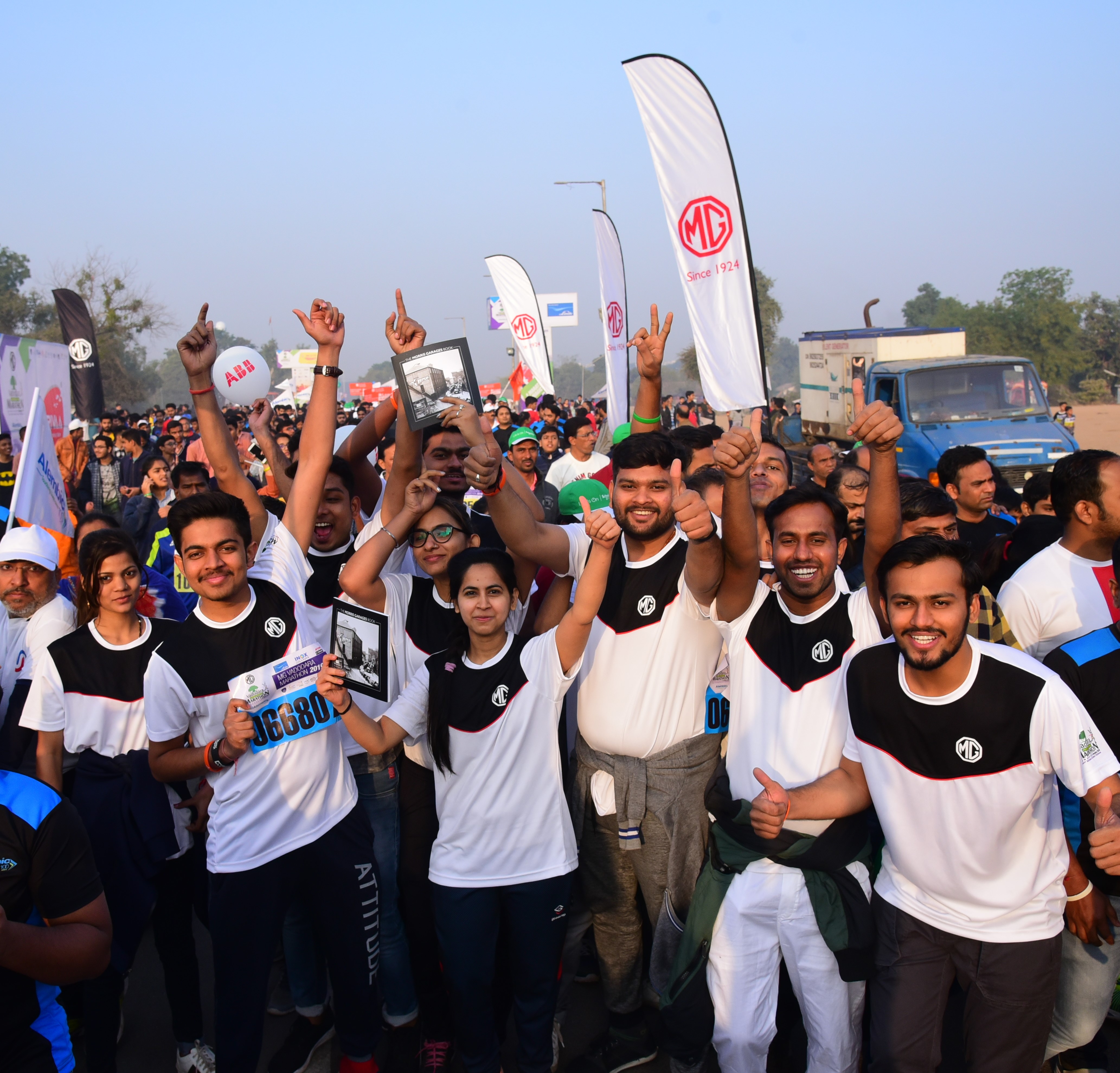 Over 800 MG India employees participate in the 8th edition of MG Vadodara International Marathon. The 2nd largest marathon was sponsored by MG Motor for the 2nd consecutive year and this year the registrations crossed the record numbers.

The MG Vadodara International Marathon not only saw participation from international and national athletes but also the corporates, NGO’S and locals. 800 MG Motor India employees of the iconic car maker also run in the event with great enthusiasm. The 8th edition of the marathon sought to endorse its primary theme of ‘Sports-Seva–Swacchta’, thereby aiming to enhance awareness on critical civic and social causes in Vadodara as well as the nation at large.

MG Motor India’s association with the Vadodara Marathon also holds a larger significance for the company as it is poised to start production of its vehicles in Q2 2019 from its state-of-the-art manufacturing facility in Halol, Gujarat. Through the marathon, MG not only demonstrated its commitment to the community and people of Gujarat but also sought to create a deeper connect with them through the participation of its own employees.

Commenting on the success of the marathon, Rajeev Chaba, President and Managing Director of MG Motor India, said, “We are thrilled with the overwhelming response that this edition of the MG Vadodara International Marathon has received yet again. It was truly exciting to see so many runners from different walks of life, including our own employees, take part in the marathon to do their bit for raising awareness about health and fitness and other issues vital to citizen life in Gujarat. MG Motor India is proud to have been associated with such a popular event in the state where our manufacturing base is located for the 2nd consecutive year and we look forward to a continued partnership in the years to come.”

With a focus on making the marathon suitable and comfortable for people of different age groups and fitness levels, the event offered several categories which participants could choose from. The prominent races at this year’s event were the full marathon of 42 km, half marathon of 21 km, 10 km & 5 km.

Chairperson of the Vadodara Marathon Tejal Amin said, “Much like the last year, the 8th edition of the Vadodara International Marathon was a resounding success. People of all age groups, professions and interests came out in droves to support the initiative and set a great example for others in the city. The sponsorship by MG Motor India further helped us generate more momentum for the event. We thank each and every one who came out in support.”

MG Motor India has a deep focus on doing its bit for the society it works with and the marathon was another step in the same direction. It also emphasizes deeply on diversity at the workplace and has taken concrete steps to have a gender-balanced workforce with 31% of its employees being women. This percentage is the highest in the automotive industry in India which is traditionally a male bastion.

It recently concluded the #MGChangemakers campaign to highlight the amazing work done by women trailblazers in India for others, less privileged, around them. Further, it regularly organises various editions of the ‘MG Grand Innovation Challenge’ across top universities in India in a bid to foster innovation in the student community, specifically in the domains of green mobility, transportation and various other auto-industry related aspects.