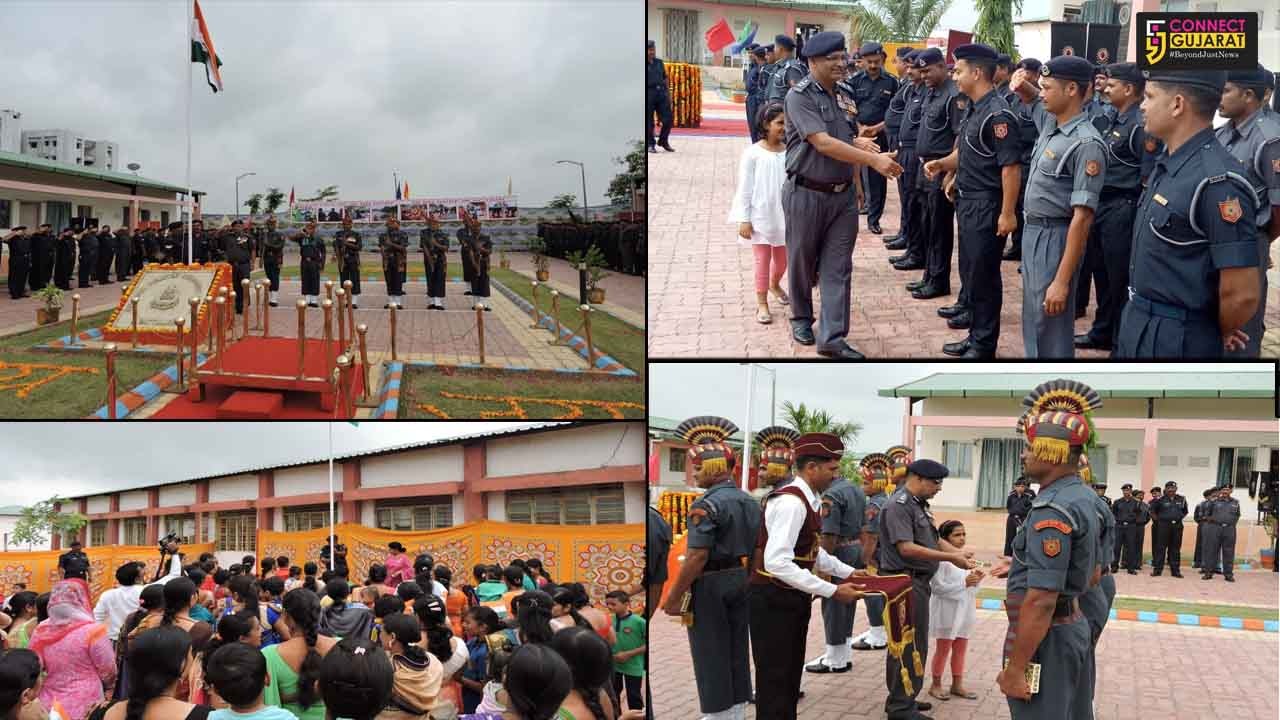 Commandant thanked the men and officers of the unit

The 72nd Independence Day was celebrated by 6th Battalion NDRF at Jarod Vadodara with much gaiety. The flag hoisting ceremony was held in the morning followed by singing of the National Anthem and cultural events organised by NWWA (NDRF wives welfare association) inside the camp.

Emphasis was given on women participation and involvement in games and programmes organised in the lush green ground in newly constructed NDRF Garrison Jarod. R.S. Joon Commandant 6th Bn NDRF said, “As we celebrate Independence Day, I want to thank the men and officers who serve the community by their endless rescue operations during the recent flood in and for all that you do to help keep Gujarat safe”. He also extend his wishes to the unit and the families.

About 450 NDRF personnel local state govt guests and families including members of the neighbour community attended the function. R S Joon also places and conveyed his wishes to the teams still deploid in some parts of Gujarat as a proactive measure.