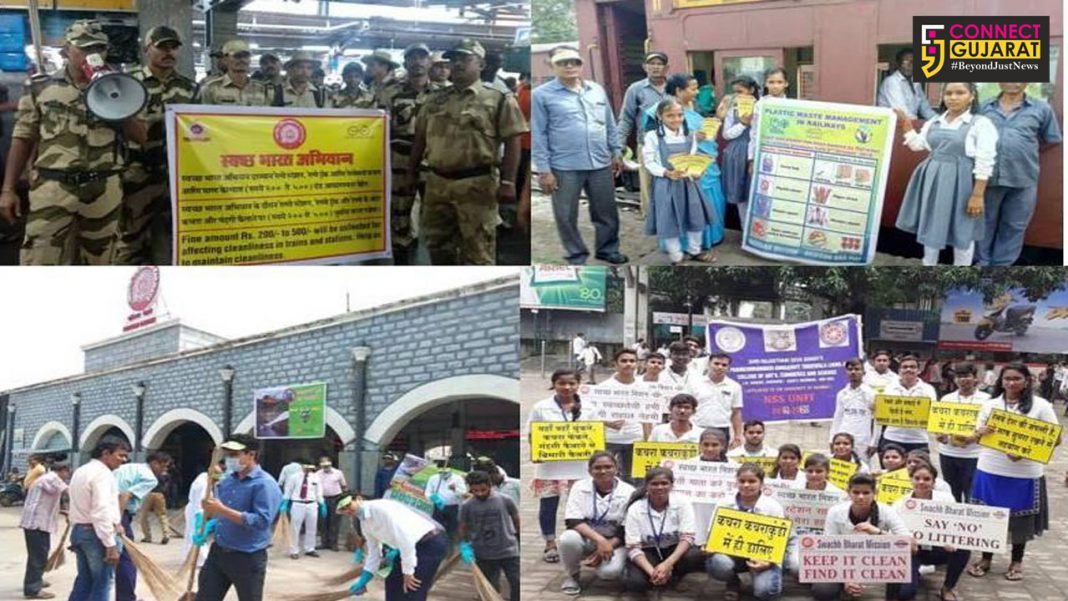 During the anti – littering drive from 2nd September to 19th September,2019  as a part of “Swachch Rail – Swachch Bharat” campaign the  Mumbai Division of WR has collected fine of Rs 5,52,550/- from various persons in 2631 cases of littering and spitting activities under the section 198 of Railways  Act. The drive is observed
observed all over Western Railway on the occasion of 150th birthday anniversary of Mahatma Gandhi.

Meanwhile on 5th Day of ‘Swachchta Hi Sewa’ Pakhwada was also observed on the “Swachh Station” theme on 20th September, 2019 over entire Western Railway in which intensive cleaning of all stations other A1 and A category was done. All efforts were made to ensure at least one platform at important stations to be “zero waste” during the pakhwada. It was also ensured that solar power equipment are functional, wherever installed as well as Seprate dustbins were installed at stations to encourage passengers for segregation of waste.

According to a press release issued by WR CPRO Ravinder Bhakar, In Mumbai Division, awareness drive regarding banning plastic and crushing of plastic bottles was held at Bandra Terminus concourse hall and deep screening of nalaas was also done. Cleanliness awareness programmes were organised by SPDT college students at Andheri station while Intensive cleaning was done at Churchgate and Dahisar stations of Mumbai suburban sections.

Cleanness drive was undertaken in parking area by auto drivers, NGOs and railway employees at Valsad station. Swachhta abhiyan was carried out with SCC members at Navsari and at Miyagam station by students of BM school.   Intensive cleaning of boards and paintings was done at Surat station.

At Mahalaxmi Workshop, Supervisors and Staff were shown short film “PLASTIC HATELA”  in auditorium of EMU Workshop on projector screen to spread the awareness and disadvantages of plastic uses. Shramdaan was organized between line no. 1 to 4 (Noth end) at EMU Workshop, Mahalaxmi in which Officers, Supervisors and Staff participated. A Nukkad Natak was also organized in EMU Workshop Mahalaxmi by art & cultural team as a part of  ‘Swachhata Pakhwada’  to  make them aware the importance of cleanliness and  disadvantages of using plastic.

The theme of “Swachh Station” was observed with great enthusiasm and participation in the other divisions too over Western Railway with several such events and cleanliness drives.