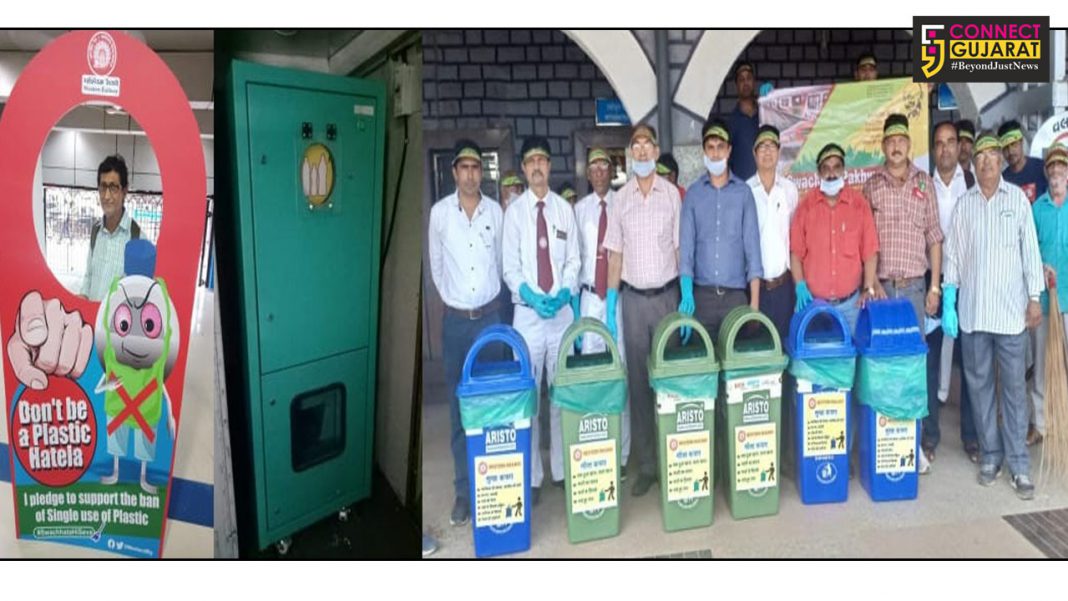 Amidst the celebrations of “Swachhta Hi Sewa” Pakhwada all over Indian Railway, Western Railway prepared and shared a Hindi short film on its social media platforms creating awareness against ‘Single-Use Plastic’ titled “Main Hoon Plastic Hatela” which has now become superhit and is receiving accolades from everywhere.  This viral video has received many ‘likes’ over Western Railway’s social media handles and its popularity is increasing day by day.

According to a press release issued by WR CPRO Ravinder Bhakar, this 1 minute 41 seconds long  interesting short film has received appreciation from Indian Railway’s Twitter handle as well and have been shared by them too. CNBC Awaaz and many more media channels have called this short film an unique way of spreading awareness and has  highly acknowledged Western Railway’s efforts.

Minister of Railways Piyush Goyal also shared the video on his social media handles with the caption- ‘Less Plastic is Fantastic’ and appreciated Western Railway’s unique way of spreading awareness. WR GM A.K. Gupta has applauded the creative excellence of the video and congratulated the whole team for their excellent efforts.

The short film has till now received more than 130K views on various social media platforms. This short film depicts the menace created by plastic objects all over the world through the character of ‘Plastic Hatela’ in an effective and interesting portrayal. On the occasion of the 150th Birth Anniversary of Mahatma Gandhi on 2nd October, 2019, Prime Minister of India Narendra Modi will announce the countrywide ban on ‘Single-Use Plastic’ and this topical short film holds even more importance and significance.

It is worth mentioning that recently, Western Railway had shared another short film in the form of a rap song “Tera Time Aayega” for creating awareness against travelling without ticket which was also a big hit among the masses. This short film “Main Hoon Plastic Hatela” is being displayed on all digital screens over Western Railway stations, Divisional Offices and Workshops. Seeing the popularity of the character of ‘Plastic Hatela’, special selfie points using its image have been installed at important stations of Western Railway’s Mumbai Suburban section, through which the message of boycotting the use of plastic goods is being communicated to the commuters.

Bhakar stated that under the ‘Swachh Rail, Swachh Bharat’ initiative, for the first time on Indian Railways a Plastic Bottle Crushing Machine has been installed in a train’s coach which is an important achievement for Western Railway’s Lower Parel Workshop. The workshop installed this PET bottle crushing machine in LHB Pantry Car (03840 WR) which can crush 3,000 PET bottles in a day. The theme for the fourth day of “Swachhta Hi Sewa Pakhwada” was ‘Swachh Station’ and it was marked with intensive cleanliness drive at all stations.

During the drive, special attention was given to ensure availability and working of cleaning machines, tools and plants, protective gears for cleaning staff, adequate provision of dustbins at stations. Several campaigns such as ‘fill the dustbin’, ‘donate the dustbin’ for stations cleanliness were also undertaken. This core and comprehensive cleanliness drive was carried out with the coordination and cooperation of cleaning staff, Union representatives, station staff, supervisory staff, volunteers of NGOs, school students and social organisations across A1 and A category stations and their circulating areas of all Western Railway Divisions.

Other than clean stations, focus was also on cleaning of drains and toilets and inspecting the upkeep of hydrant pipe in proper manner. Plastic bottle crushers were installed to avoid choking drains or water outlets. Collective efforts with various clubs and NGOs were made to discourage use of plastic.

Anuvrat Foundation organized a “Say No To Plastic” campaign at Bandra Terminus station and M/s Mangal Rubbers donated 10 dustbins for Valsad station. The EMU workshop at Mahalaxmi organized shramdaan activities where officers, supervisors and staff took part in large numbers. The drive collected ferrous, rubber and plastic waste. During the drive Supervisors & Staff were counseled for not using single use plastic & proper segregation and disposal of scrap materials. Many cleanliness awareness posters were put across stations and field units. The theme of “Swachh Station” was observed with great enthusiasm and participation in the other divisions too over Western Railway  with several such events and cleanliness drives.