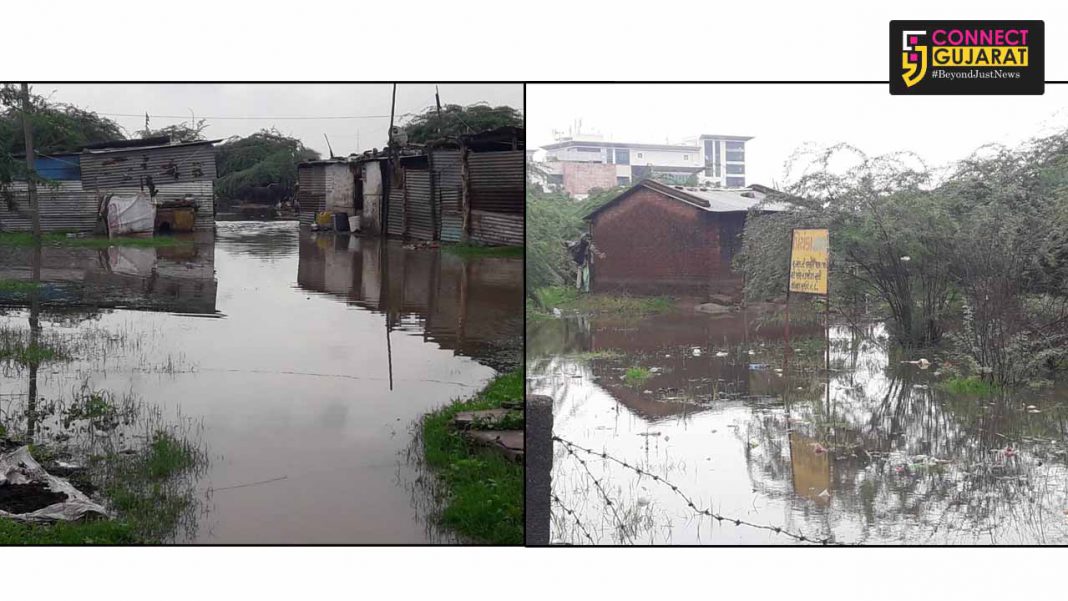 It’s a sleepless night for the 250 residents of Priyanka Nagar in Ankhol village near Vadodara after flood waters entered inside their houses. The whole village looks like situated inside water and the people reached to safer place and spend their night on NH 8. They also show their anger against the administration for not helping them in this situation.

As per the details the incessant rains for the last three days resulting in heavy water logging in many areas. Priyanka Nagar in Ankhol Village is also pasing through the same problem as the flood waters entered inside and forced the 250 odd people to move out of their houses.

On Friday also they called the officials about the problem but the help didn’t reach on time which angered them. The residents said the water also entered inside nearby areas and open fields which make the situation more worse for them.