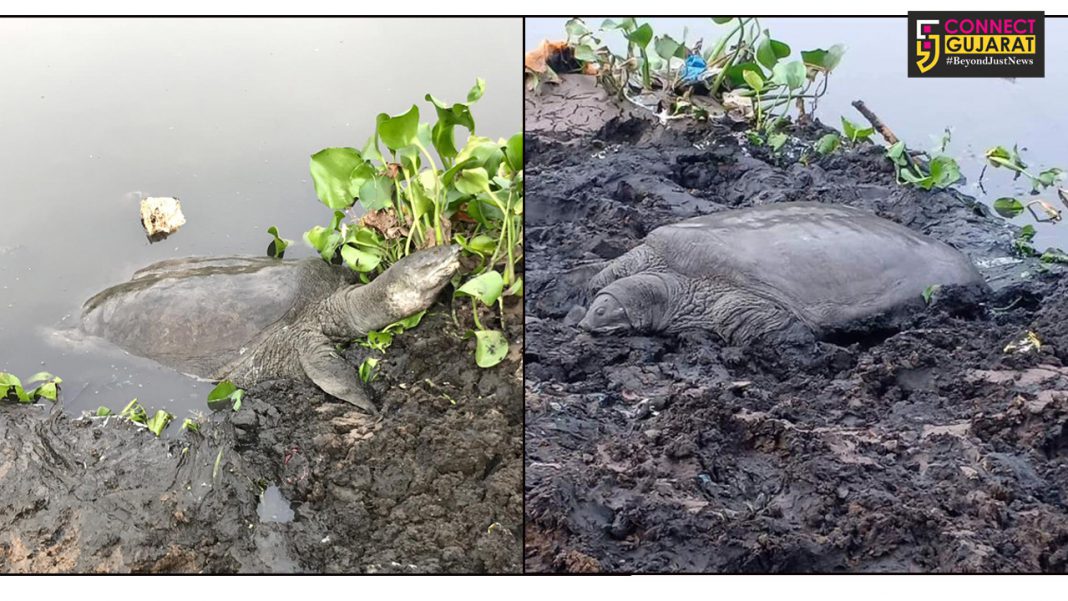 Rescued by forest department and released inside

A 150 year tortoise was found stuck in the mud on banks of Vishwamitri river by the forest department. The team rescued it and later released inside the river.

The tortoise was found on the banks of Vishwamitri river near Dandia bazaar Akota bridge tried to move in the mud. However it stuck inside and unable to move forward. People rushed to the spot and informed the forest department after they saw its effort to get out from the mud.

The forest team reached the spot, rescued it from the mud and later released inside the water.