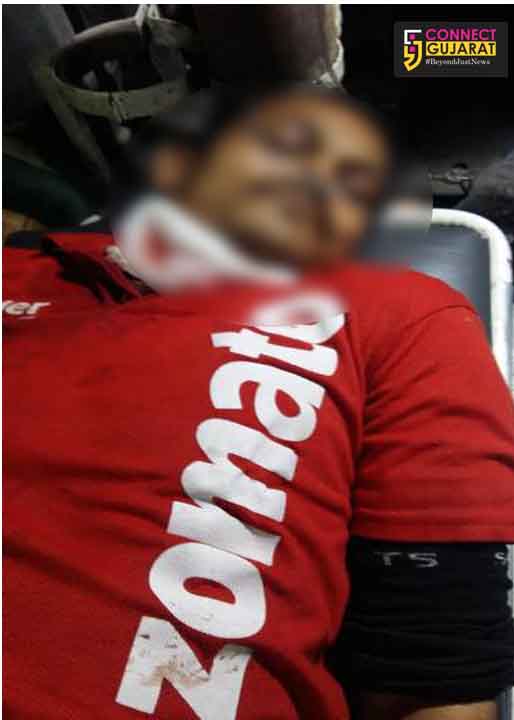 Uttarayan is couple of days away but the deadly Kite strings already spread dear in the mind of the riders. The fear proved true for a Zomato delivery boy as his neck was pierced by the thread and he was immediately rushed to the hospital for treatment. This is the second such incident this year in the city.

As per details Fathepura resident Shabbir Kasambhai Dhobi is working as Zomato delivery boy and he was on his way to deliver food at Warasiya ring road after pick up from Karelibaug VIP road. Suddenly a sharp kite thread tangled around his neck and pierced it.

Before anyone realise he fell down from his bike and people also stopped to see blood oozing out from his neck. The injured youth was immediately rushed to the SSG hospital in a ambulance and as per primary details his three veins are injured due to the thread. Doctors attend him and given the primary treatment for the grevious injury.

This is the second such incident this year in the city. Couple of days ago a two wheeler rider was injured on his forehead due to thread on Jetalpur bridge