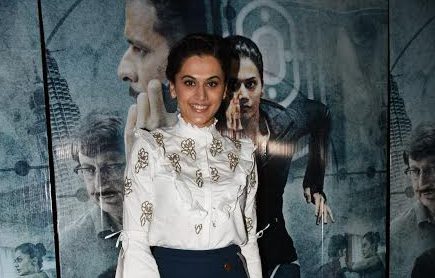 Tapsi Pannu is promoting her upcoming film ‘Naam Shabana’ and lots of related videos are out. Now the makers of the film release a new song ‘Zinda’ which shows the journey of a spy. The trailer of the film managed to attract the crowd and the people will see Tapsi Pannu in a new daredevil avatar. The film will release on 31st March and eagerly awaited by the audience.