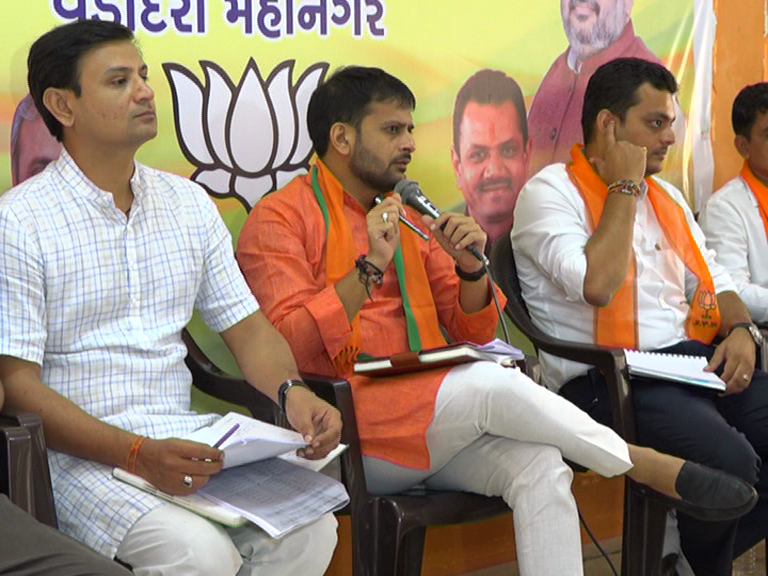 Every political party in Gujarat are now tighten up their strings on the predictions of elections in Gujarat in the month of December. The parties starts the series of meetings in the cities and plan the tactics for the elections. BJP Yuva Morcha state president Dr. Rutvij Patel is in Vadodara for the meeting of Central Gujarat Yuva Morcha here.

The President remain present in the meeting and met the leaders of the district discussing the plans of upcoming assembly elections in Gujarat. The purpose of the meeting is to win more than 150 seats in the elections and also to discuss about the Yuva Prabuddh Nagrik Sammelan scheduled to be organise on 11th September 2017. 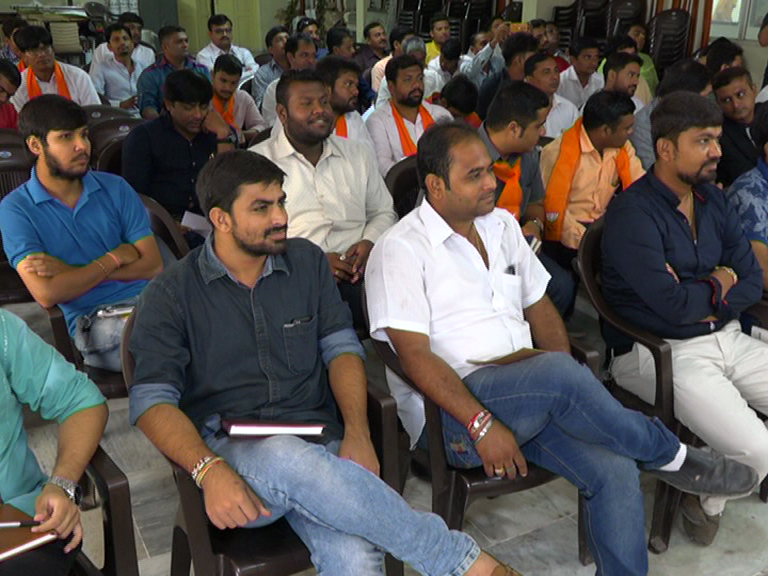 In the meeting a discussion is also there about the Yuva Vijay Tankaar Yuva Sammelan in 182 seats. As national president Amit Shah said that a person above 75 years of age also can fight the elections. Dr. Rutvij Patel gives his view on that and said they are working as per the guidelines of the national president and more and more youth joins the party.