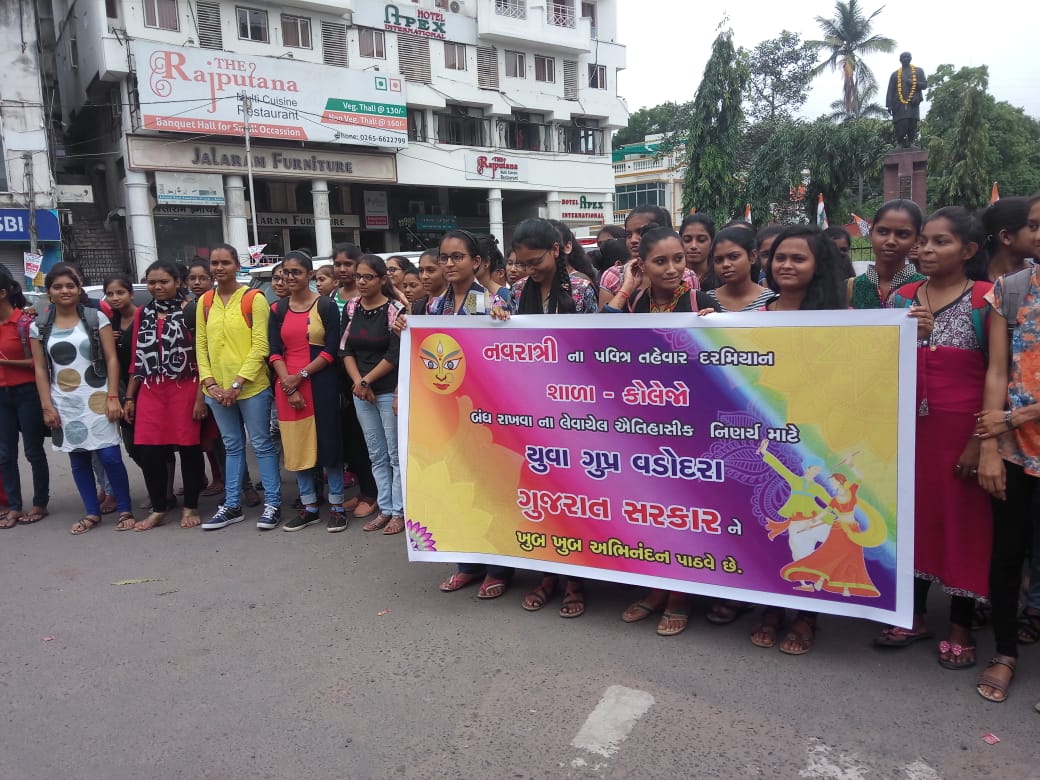 Many fractions of the society raise their objection after Gujarat government declared vacations during Navratri. However Yuva group in MSU Vadodara welcome the decision and celebrate at popular dairy den circle in Vadodara.

Kunal Patel from yuva group said Vadodara is known as cultural city and during Navratri the city has its own identity among others. The declaration of vacations during Navratri gives the youths one more chance to rejoice and they welcome the decision.

It is known that various fractions oppose the decision of the government and took to social media for their comments. Meanwhile the issue of fees collected by the schools also raised by some and welcoming the Navratri vacations by the group somehow becomes a talking point among the students.

The group however celebrate bursting crackers and distribute chocolates at dairy den circle and termed it as historical decision.