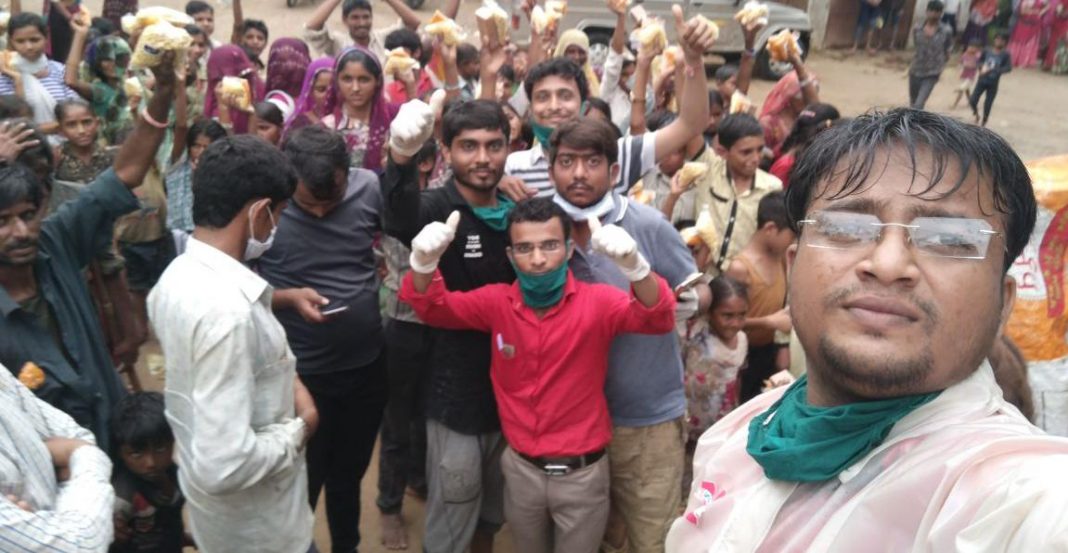 Death also shivers to see the situation in the interior villages of Banaskantha district lashed by the heavy rains in Gujarat. Where administration failed to reach a group of 10 youths from Vadodara and Surat experience the worst scenario of their lives. Wave the Youth Power and Indian Health Line teams went inside the water and mud and bring out 40 to 50 dead bodies from there. The youths said that they can’t forget the scenes which frightened them from inside.

Rupesh Rajput a retired Navy officer and now a ceramic design businessman is also doing social service and went to Banaskantha for helping the affected. He said that the destruction caused by heavy rains in the Banaskantha district is beyond imagination. 50 villages from Dhanera and Thana districts situated in Gujarat and Rajasthan border was the worst they seen as every house there has one or two deaths or still missing after the rain fury.

He said that the administration not reached till they left the place and only four NDRF jawans were there in rescue work. They along with the NDRF team bring out 40 to 50 dead bodies from inside mud and water. We also found that many of them died due to hunger and water. When they reached there the whole village rushed to them for having the relief materials but after assured them for help and they understand and support them.

Rupesh Rajput further said that when they reached the villages with the relief materials they saw dead bodies of people and animals and the families are crying besides them. They saw the same situation in the villages and that shaked them from inside.

The heavy rains destroyed the whole things including the home essentials. Only thing left with the people was the clothes they wear as the floods took away all the other things. They saw the people sitting on the roads waiting for the relief materials from the government and as soon as they arrived the people rushed to them.

He further said that they took two trucks loaded with various items like clothes, food packets, water , medicines, house essentials and worked their in relief operations for three days which was also appreciated by the district collector. The members of their team purchased the items from their own savings.