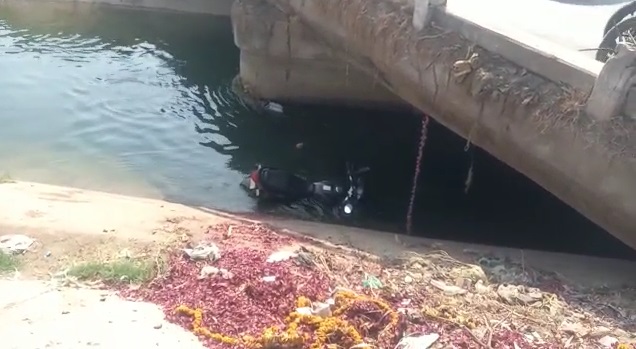 A youth went missing with his motorcycle in a canal passing near the village Sagma at Padra Road. Locals rushed to the spot after the message and began searching for the missing youth.

As per available details, the canal passes near Sagma village on Vadodara Padra Road. A youth passing nearby lost control of his bike and went missing in the canal.

The body of a young man who had fallen with a motorcycle in the canal was spotted by passersby. He reported the incident to the villagers, who rushed to the spot and tried to rescue the body. They also tried to take out the motorcycle from inside the canal.

Crowds of people rushed to the canal following the incident. It is a mystery whether the young motorcyclist fell by accident or committed suicide. On the other hand, no information has been received about the youth. Padra police are currently investigating the incident.