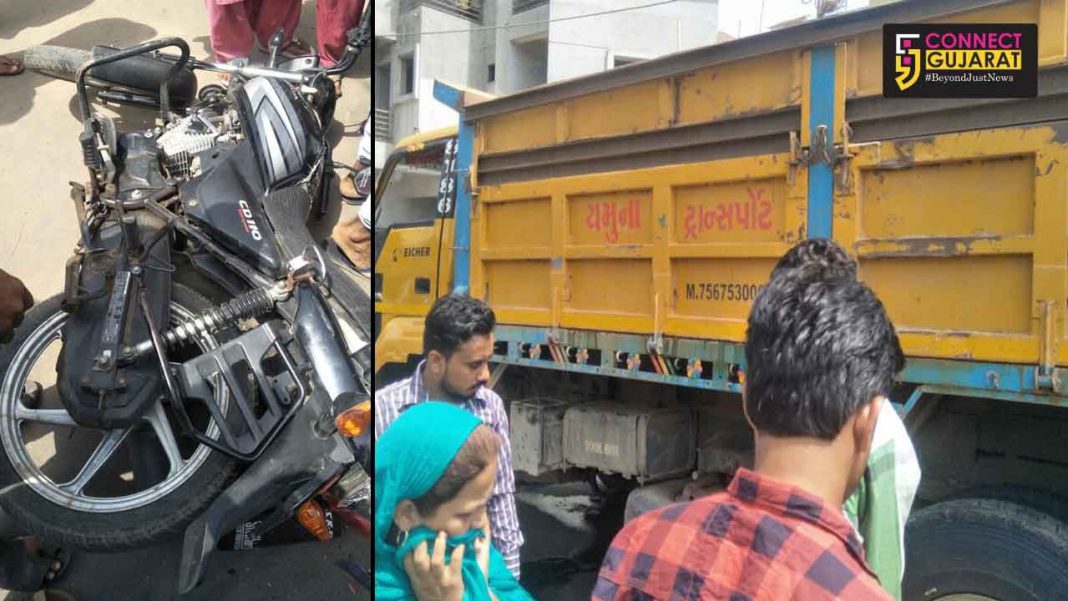 Pulled for 20 foot by the dumper

A motorcycle rider died after knocked down by a dumper near Madar Mohalla Yakutpura in Vadodara. The youth was pulled for about 20 foot along with the dumper and received fatal injuries. People also rushed to the spot after the incident but the driver fled from the spot.

As per the details Suresh Aarad 30 resident of Ramdev Nagar was on his way for work on his motorcycle when the dumper knocked him near Madar Market Yakutpura. The accident was such horrific that the youth was pulled for about 20 foot by the dumper on the road resulting in fatal injuries to him.

As the news spread the locals rushed to the spot but the driver fled from the spot left behind the dumper there. Police also reached the spot and send the body for post-mortem after register the complaint against the dumper driver and hunt is on to nab him.