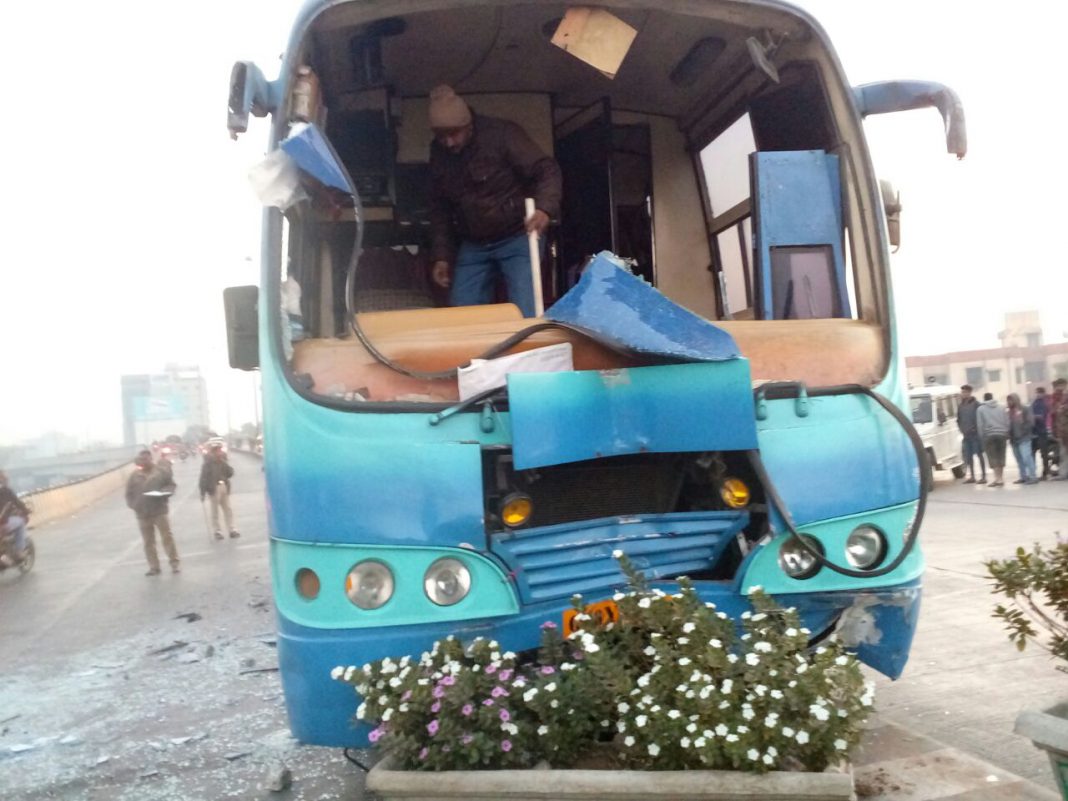 In a tragic incident a youth died in Vadodara after came under the wheels of luxury bus. He joined job couple of days back and was on the way to the company when the incident happened. The bus driver fled from the spot after the accident left behind the bus.

As per the details originally from Chhotaudepur Kamlesh Baria 23 was living in Gajrawadi area and start his job two days ago in the Traspek company. He was going towards his office on his cycle when around 6.30am when the speeding luxury bus knocked him down and climbed on the divider. Kamlesh died on the spot after came under the wheels of the bus.

Locals gathered at the spot along with the early morning office goers. The bus driver fled from the spot after saw people rushed to the bus to check. Police also reached there and further investigating after registering the case.

The family of Kamlesh also rushed to the spot after the news and shocked to see his body as he just joined job two days ago. Police registered the case against the luxury bus driver and begin investigation to nab him.