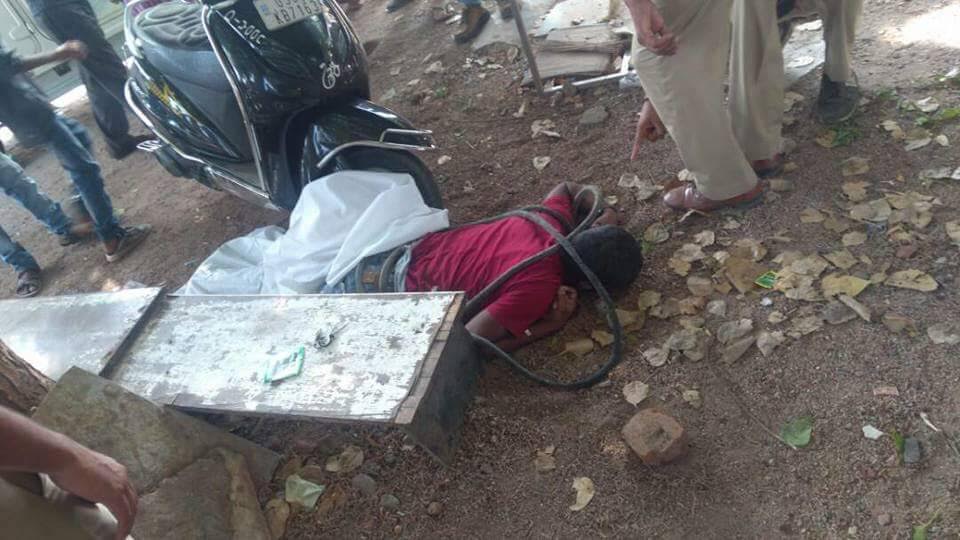 People were shocked to see the dead body of a youth near the Bilabong school in Vadodara on Wednesday morning. The reason for his death was unknown and at one point it seems that the youth was murdered and his body was thrown there. However the police felt that the reason of his death might be the excessive heat. But the police send the body for the post-mortem to know the exact reason of the death.

As per the details police received the message about a youth murdered and his body was thrown near the Bilabong school and they reached the spot. During investigation the police found that the youth is from Tarsali named Vishal Kanubhai Machi and doing signboard business. Police immediately informed the family of the youth and his father Kanubhai Machi reached the spot.

After reached the spot Kanubhai Machi was shocked to see the dead body of his son and his cries spread silence in the area. During primary investigation Kanubhai said that his son went out from the house at 6.30 in the evening and after that his mobile was not connected. On Wednesday they received the news of his death which shocked the whole family. Police recovered black Active and glucose powder from near the dead body of the youth. In the absence of any injury marks on the body the police believed that the youth might died of due to excessive heat. However they send the body for post-mortem to know the exact reason of his death. Manjalpur police registered the case and further investigating.