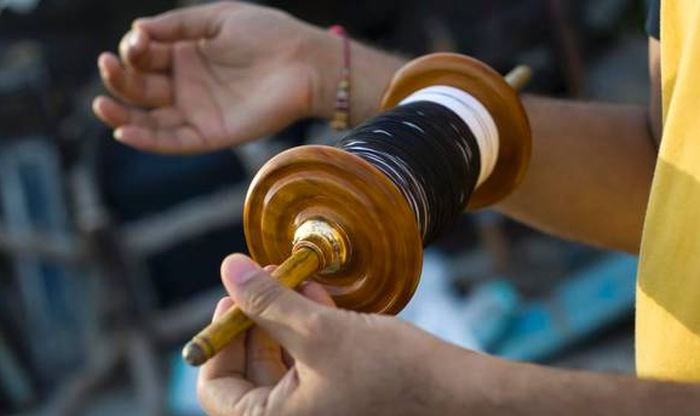 In a tragic incident a youth lost his life after the kite string sliced his throat in Vadodara. The youth was returning home to celebrate his wife birthday when the string tangled in his throat near Maneja village and he died. It’s a love marriage and the couple is to celebrate the first birthday of the wife.

Priyank Parmar 28 from Maneja village recently got married and his wife birthday was a day before Uttarayan. Both of them went for a movie in the afternoon and heading back home in the evening after watching.

Meanwhile near Saraswati crossroads near Manjalpur Priyank throat was sliced with kite string and he was heavily bleeding. His wife took him to the private hospital and also informed the family.

However the string cut was deep and Priyank died during treatment on hospital bed. The day which starts from happy note ends in a tragedy. Makarpura police reached the spot and started investigating in the matter.

In another matter a lady was electrocuted and died after she tried to catch a kite in Tarsali area of the city.

In another incident Dhaval Parmar 15 from Shakariya village in Waghodia was injured and his ear was sliced from the kite string when he was going to purchase kites. His two fingers are also injured in the incident. He was rushed to the SSG hospital for treatment.

His father Bhailal Bhai said Dhaval received seven stitches on his ear and three on the fingers.

In another incidents two youths got injured after fell down from the terrace and immediately rushed to the SSG hospital.