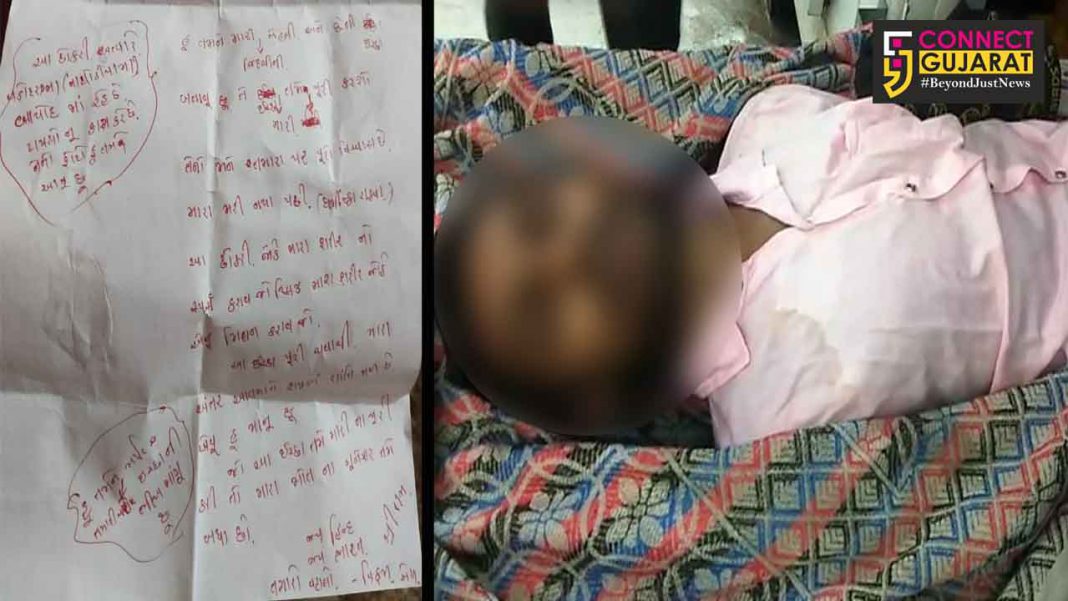 Left suicide note for the family

Saddened by betrayal in love a youth in Vadodara committed suicide by hanged himself from the hook of the fan. He left a suicide note addressing his lover to touch the dead body once or else held everyone responsible for the death.

As per details 22yr old Vikram Rathwa  lives in Ambika apartment near Gorwa Bapu Ni Dargah hanged himself to death after betrayal in love. He was in love with a girl and wish to marry her.  However for some reason the girl snap ties with him and he felt being betrayed. Shocked with the denial the boy committed suicide left behind a suicide note addressing the family members.

Vikram mentioned and requested his family to make the girl touch his dead body once as his last wish. He requested to fulfill his wish or else held everyone responsible for his death. Police is further investigating in the matter after recovered the suicide note.