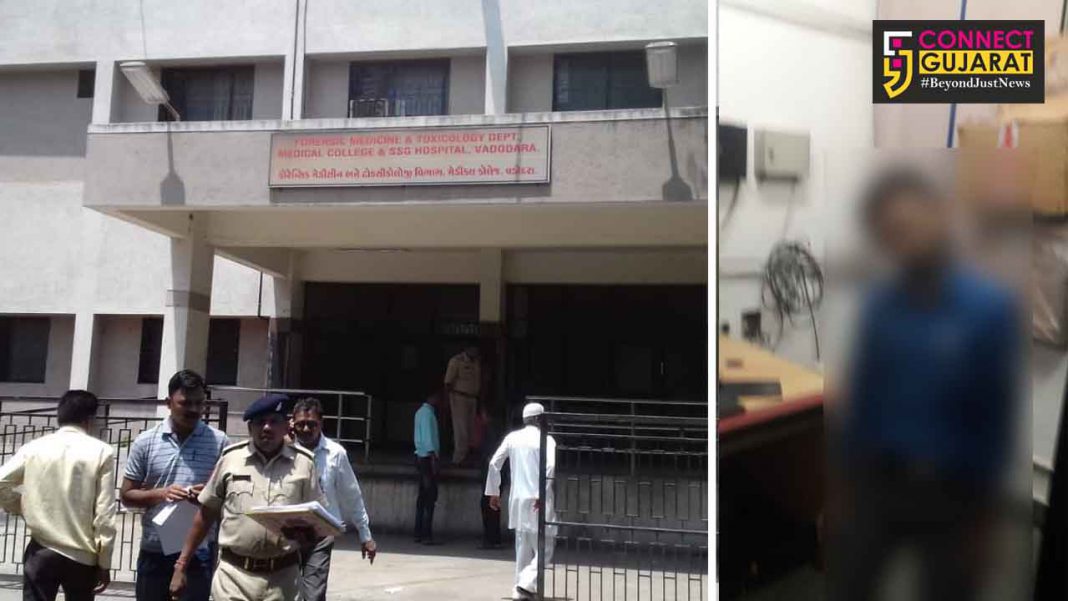 A youth commit suicide inside the Vadodara Halol toll plaza office came to light on Thursday. Krunal Dodiya left behind a suicide note and mentioned not to trouble his family. However his parents put allege that he was murdered by someone.

Krunal Dodiya lives in C 403 Rudraksh Bliss along with his wife Chandni and one and half year old son Jash and works as electrical supervisor in Vadodara Halol toll plaza. He also works as private electrician alongside his job.

His family said Krunal went to his office as per routine and came to home for lunch. After  lunch he return to office saying to be getting late in the night. As he failed to return till midnight his family gets anxious and began searching for him. They get the information about Krunal hanged himself behind the IT room at the toll plaza. They put allegations about Krunal being murdered by someone.

Originally from Rajkot Krunal left behind a sucide note where he mentioned about some troubling him. He also wrote not to trouble and blame his family and will definately prove himself in next birth. He also mentioned about being a victim of a very big game.

He mentioned about Chandni and asked her to open the parlour and raise Jash and take care of him. He further wrote about his family and request not to trouble them. He said be innocent and framed wrongly in matters.

Harni police is further investigating in the case after recovered the suicide note from the spot.