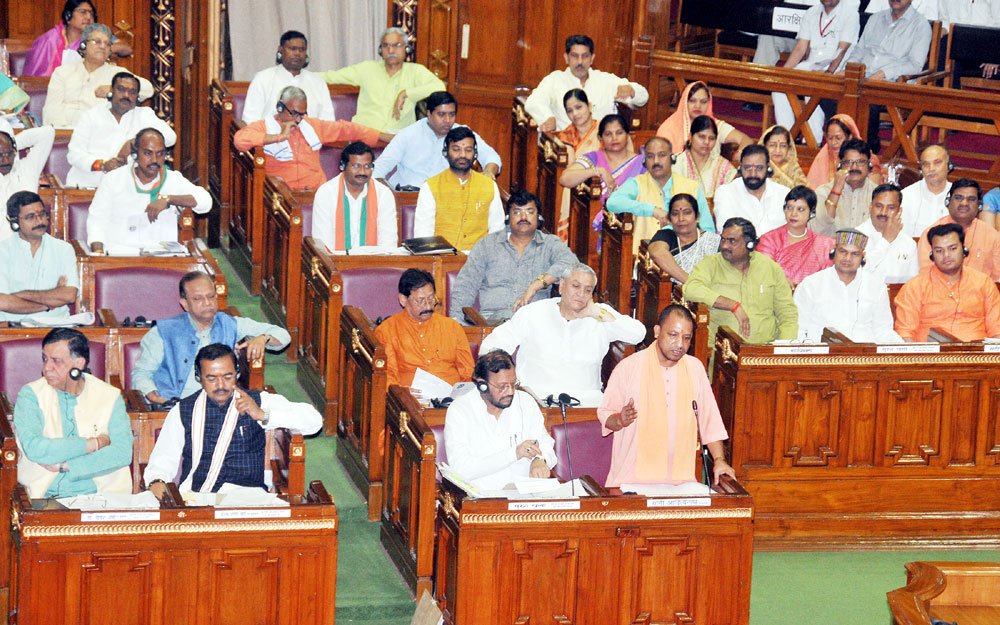 The Yogi government in Uttar Pradesh presented its first budget on Wednesday where development of Hindu Devasthanas included in the budget. The budget also approved Lord Ram-Krishna and Buddha Circuit.

Apart from this, Ayodhya, Mathura, Vrindavan, Chitrakoot, Kashi and Vindhyachal will now be the new centers of tourism along with pilgrimage place. The government opened its treasure for the development.

Few days ago Chief Minister Yogi Adityanath said that the Taj Mahal can't be the center of our faith, it can be a tourist destination. At that time no one ever imagine that he would keep his words.

In the first budget of his government, CM Yogi gives attention to Ayodhya, Mathura, Kashi, Vrindavan, Chitrakoot and Vindhyachal more than Agra which is now a place for tourism. It has also opened the official treasury, which will spent on big temples, research institutes and spiritual museums.