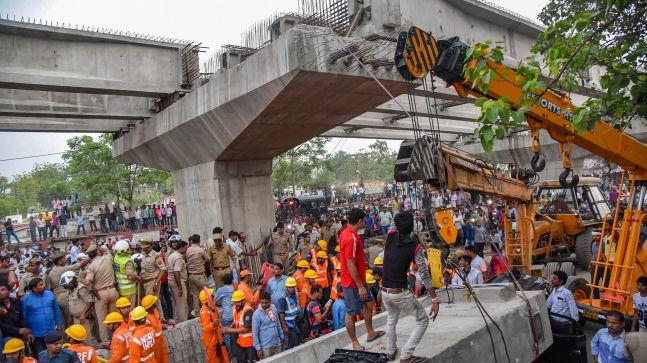 Uttar Pradesh Chief Minister Yogi Adityanath has ordered proceedings for strict penal action against former Managing Director of UP Bridge Corporation Rajan Mittal and six others in connection with the Varanasi flyover collapse, which killed at least 15 people earlier this week.

The Chief Minister gave these orders after a three-member team constituted to probe the lapses leading to the collapse, submitted its report on Thursday night, a senior government official said.

The State government had on Thursday shunted out Mr. Mittal from the post of Managing Director UP State Bridge Corporation.

This in PM’s constituency

A portion of the flyover coming up in Prime Minister Narendra Modi’s Lok Sabha constituency collapsed on Tuesday, crushing a mini bus, cars and two-wheelers. Officials initially said 18 people were killed, but the toll was revised to 15 later.

The Chief Minister has asked the state Public Works Department and other agencies carrying out construction works to take all steps to prevent recurrence of such incidents.

He issued a check list needed to be strictly followed in all construction works. The points in the list included proper barricading of the construction site and making alternative arrangement for traffic movement.

The official said the Chief Minister has directed authorities concerned to make third-party inspection necessary of all important works to ensure quality.