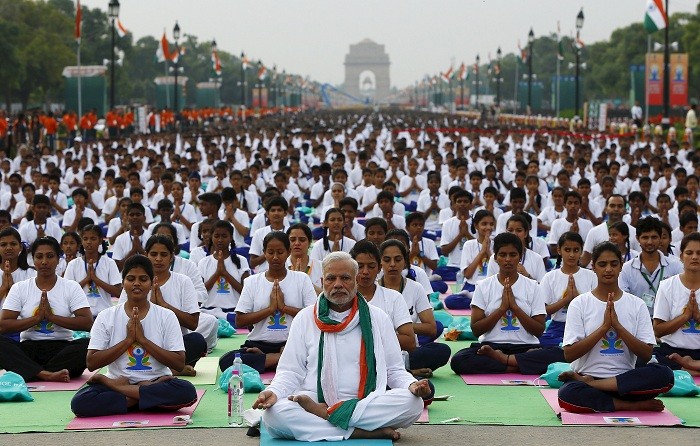 Prime Minister Narendra Modi urged the world community to adopt an International Day of Yoga while addressing the 69th session of United Nations General Assembly (UNGA) on September 27 2014 which was later approved. On December 11 2014 the UNGA approved the proposal to establish 21st June as ‘International Day of Yoga’ every year. In the resolution the UNGA recognised Yoga provides holistic approach to health and the benefits of it for the people.

With a wider approach to the concept the booklet ‘Yoga Protocol’ is released which gives the brief overview of Yoga and its practices. The 44 pages booklet published by Ministry of Ayurveda, Yoga & Naturopathy, Unani, Siddha and Homeopathy (AYUSH) provides the information about the yoga and the techniques to be healthy.

The content includes the history of yoga, development of yoga, fundamentals, traditional schools, yoga practices for health and wellness and general guidelines. Later the booklet read the prayer and then it guides you to different Clana kriyas or loosening practices like Neck bending, Trunk movement and Knee movement.

After warm up or loosening the body the booklet guides you to the different Yogasanas. Starting with Standing postures which include Tadasana, Vrikasana, Ardh Chakrasana, Trikonasana and others. Then comes the asanas like Vakrasana, Bhadrasana and others in Sitting posture and then Bhujangasana, Makarasanain Pron postures and then Savasana like asanas in Supine postures.

Then comes the Kapalbhati, Pranayam, Dhyana, Sankalpa and Santih Patha. In short the whole booklet is all about the Yoga and the asanas which is the way for a healthy life. This year also the International Day of Yoga will be celebrated on 21st June and the preparations is going on everywhere to celebrate the day which leads us for a healthy and holistic life.