Home > Gujarat > Year of challenges is over and the new year of hope has begun &#8211; Deputy Chief Minister Nitin Patel
Gujarat

Year of challenges is over and the new year of hope has begun &#8211; Deputy Chief Minister Nitin Patel 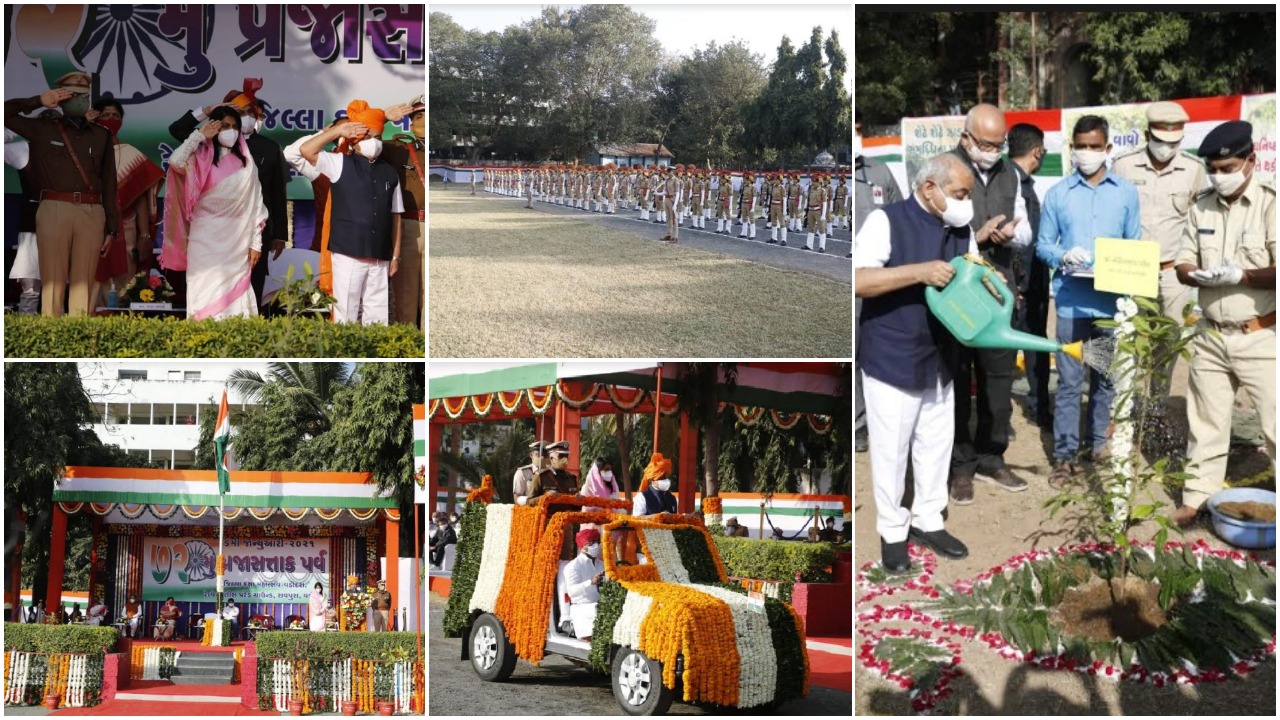 Giving a message to the people, Vadodara District Minister in charge Nitin Patel said that the year of challenges is over and a new year of hope has begun. Following the ideals of Pandit Deendayal, the state government aims to light a lamp of progress in every family.

As more than 130 crore Indians are proudly celebrating the 72nd Republic Day, he thanked the Corona Warriors, Medical Specialists, Medical Officers, Frontline Warriors and Police Officers for their excellent work during the Corona era of 2020.

He also thanked 108 services and services including Dhanvantari Rath and those associated with them for risking their lives during the period. Tributes were paid to all those who died in the Corona pandemic.

Prime Minister Narendra Modi has encouraged scientists, experts, professors and many new indigenous companies to make the challenging vaccine against Corona and provide protection to the citizens, added Patel.

Nitin Patel encouraged the use of Indian vaccines and congratulated the Gujarat government’s health department. He informed about the phased vaccination and said that no side effects have been reported from the Indian vaccine till date. Millions of people in the country are being vaccinated.

The Government of India encourages new institutions and approves the development of new equipments. Missiles are being tested by DRDO while India has become self-sufficient in the field of modern research. Foreign exchange is being saved, and Bapu’s dream of a self-sufficient India is being realized. He wished the people that India would become an exporter, not an importer.

Religious and social organizations are super responsible for providing food to the workers at the time of Corona. The Government of India and the State Government provided the citizens with a quantity of essential commodities including wheat, rice and sugar. They have helped the poor, including students, in many ways.

He also requested to follow the Covid guidelines including wearing a mask and maintaining social distance until a corona-free state is created.

Deputy Chief Minister Nitin Patel honored the Corona Warriors for their outstanding performance in the Corona pandemic. Later he and other dignitaries planted trees at the Police Parade Ground.

The Bright School Teachers Association and the girls from Fertilizernagar presented cultural programmes during the Republic Day celebration. The entire program was conducted by Deepti Rana. The parade was held under the leadership of Parade Commandant M.C. Chauhan.