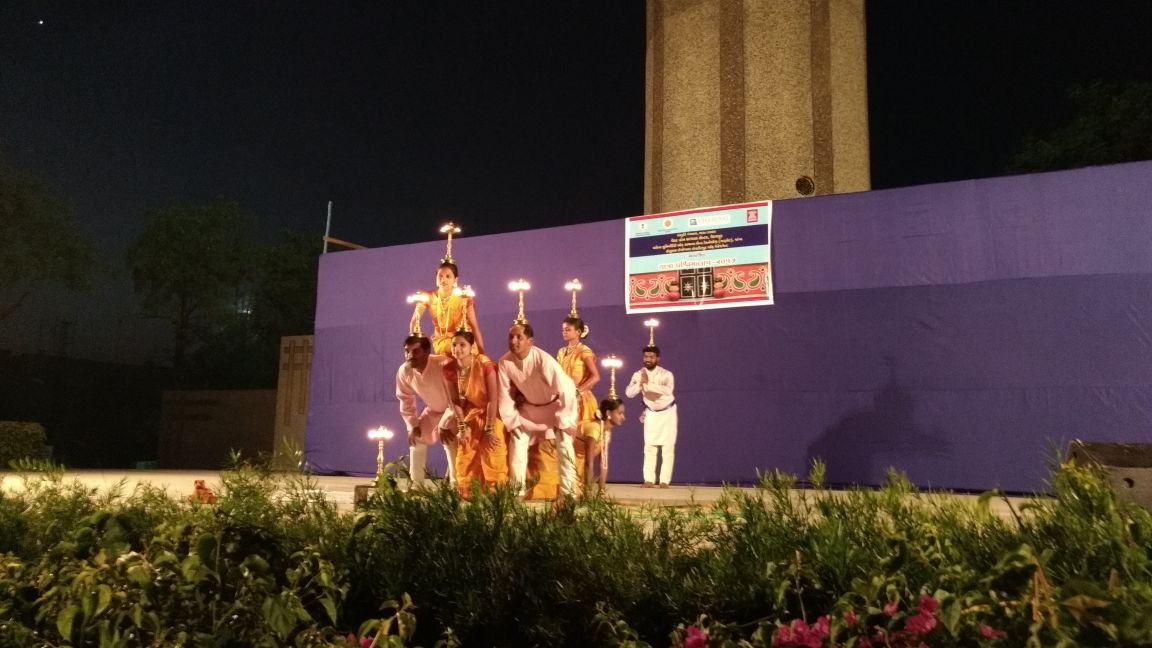 CHARUSAT has joined hands with West Zone Culture Centre, Ministry of Culture, Government of India for Yatra Paschimalapin order to create an environment for Art and Culture among the people.

Yatra Paschimalap is an event of Lok Nritya – Folk Dance that will be organized from March 1 - 8, 2017 in all the 8 Talukas of Anand District. More than 80 renowned Indian Artists and their Groups from Goa, Rajasthan, Hariyana, Maharashtra and Gujarat will be performing their Folk Dances.

The prime objective of this event is to spread awareness of various cultures of Western region of the country. It is organized to strengthen the unity and integrity of diverse cultures of India especially in the rural areas. Charotar University of Science and Technology (CHARUSAT) has been among the supreme leaders in such initiatives. On behalf of CHARUSAT, Indukaka Ipcowala Institute of Management (I2IM) has taken up the responsibility to coordinate such an auspicious event. I2IM will also facilitate the overall coordination of all the events in all the talukas of Anand district.

Yatra Paschimalap is indeed a great initiative of Government of India to foster the value of Indian Folk culture among the youth. It will provide an opportunity to familiarize the people with roots of Indian culture.” said Dr. B G Patel, Provost, CHARUSAT.

It is worth noting that Yatra Paschimalap will include various folk performances such as Laavni (Maharashtra), Samai (Goa), Teraval, Bhavai, Kalbelia and Lok Sangeet (Rajasthan), Ghumar (Haryana) and Raas-Garba (Gujarat). The Inaugural Program for Petlad Taluka is organized at CHARUSAT Campus, Changa on March 1, 2017.

This event will transcend the reverence towards the prosperous Indian Culture in more than 35000 people of Anand district during these 08 days of Mega Cultural Carnival.