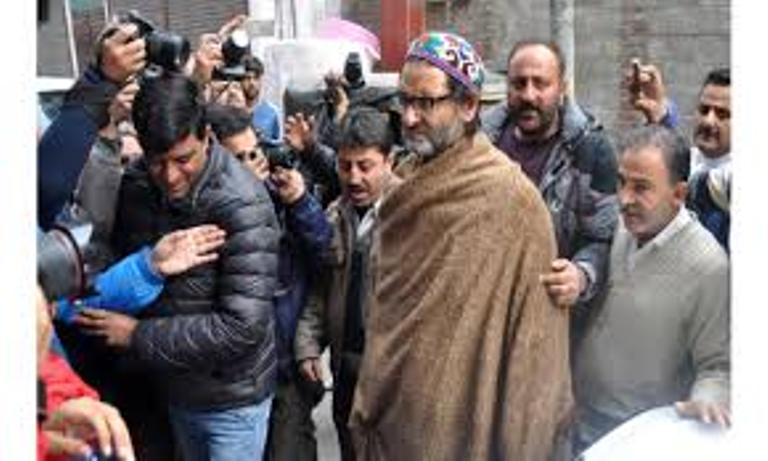 Jammu and Kashmir Liberation Front (JKLF) Chairman Muhammad Yasin Malik was detained on Wednesday when he carried out a protest march against civilian killings in Kulgam district.

Leaders of the separatist conglomerate, including Syed Ali Geelani, Mirwaiz Umer Farooq and Muhammad Yasin Malik, meanwhile called for a shutdown in the Kashmir Valley on Thursday and Friday.

Addressing a hurriedly called press conference at the JKLF office here, Geelani and Mirwaiz Umer — who spoke to the media over telephone — and Malik alleged that the Indian government was engaged in an operation to “wipe out” the people of Kashmir.

Mirwaiz Umer said the Modi government could go to any extent to ensure that Kashmir becomes a focal point during the 2019 general elections in India.

Malik blasted the Jammu and Kashmir government, especially the PDP Leadership, for being a part of a coalition with the BJP which he said was openly supporting rapists and murderers.

Geelani said that attempts by New Delhi to break the “will and resolve of the freedom seeking people of Kashmir” would never succeed.

The separatists called for a Valley-wide protest shutdown on Thursday and Friday against Wednesday’s civilian killings in Kulgam district.

After the press conference, Malik started a protest march towards the city centre Lal Chowk along with some supporters.

Police intervened to break the march. Malik was detained.

As news about Malik’s arrest reached the uptown Maisuma area, youths poured out of their homes and clashed with security forces.

Clashes have also been reported against Wednesday’s civilian killings in Pulwama, Anantnag, Sopore and Bandipora towns.