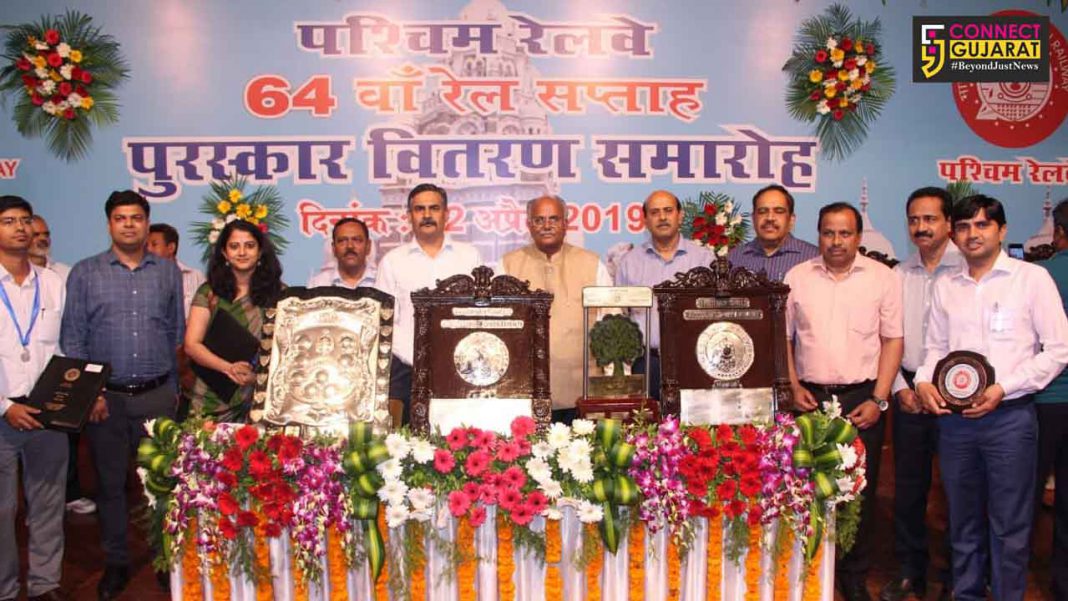 General Manager’s prestigious Overall Efficiency Shield for 2018-2019 for best overall performance was bagged by Ratlam Division in Western Railway’s 64th Railway Week Award function held on 12th April, 2019 at Y B Chavan Auditorium at Mumbai. R N Sunkar DRM Ratlam received the Shield from WR GM A K Gupta. He also conferred 23 other Efficiency Shields to the Divisions and the units which have been adjudged the most efficient in various fields for the year 2018-19.

Chittaurgarh’s running room of Ratlam Division was adjudged as the Best Maintained Running Room. Stores Department of Sabarmati District was awarded the Best Stores District. On this occasion A K Gupta also honoured 153 officers and employees with merit certificates, efficiency medals and cash prizes for their meritorious service and outstanding performance during the year 2018-19.

In his address Gupta extended his greetings to all railway men and their families on the occasion of 64th Railway Week and  congratulated the awardees for their outstanding performance. He mentioned several milestones achieved by the Western Railway during the year. A cultural programme was performed and a corporate film on Western Railway was also screened on this occasion.