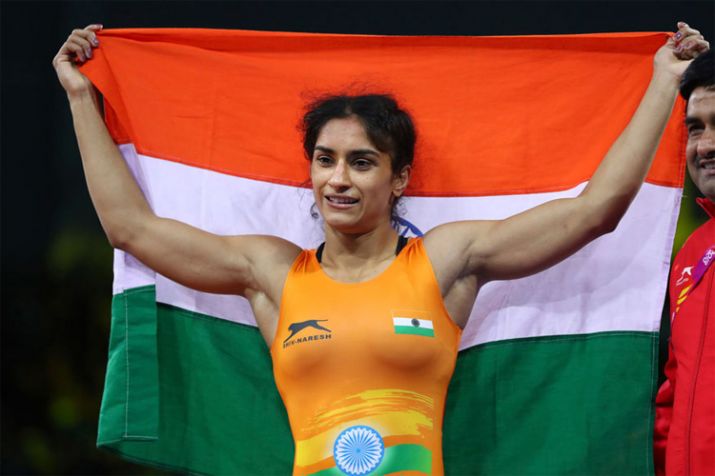 Vinesh was dominant in the play since the very start as the Indian did not allow any opportunity to her Swedish opponent, who is also a six time World Championship medal winner, as she was very good in her defence to keep Mattsson away.

Vinesh took an early 4-0 lead over Mattsson with her attacks around the waist.

The The Asian Games gold medallist then took 13-0 lead over Mattsson in the last very crucial seconds of the bout when she pushed Mattsson out of the mat. Mattsson challenged referee’s decision but eventually lost it as Vinesh had her foot inside the line.

The Indian will next face 55 kg world champion Muya Mukaida of Japan in the quarter-finals who defeated Yuliaa Khavaldzhy Blahinya of Ukraine 6-1.

The 25-year-old switched to 53kg from 50kg and despite some initial struggles, she has found her score, as evidenced by her three gold medals at the Yasar Dagu, Poland Open and Spain Open.