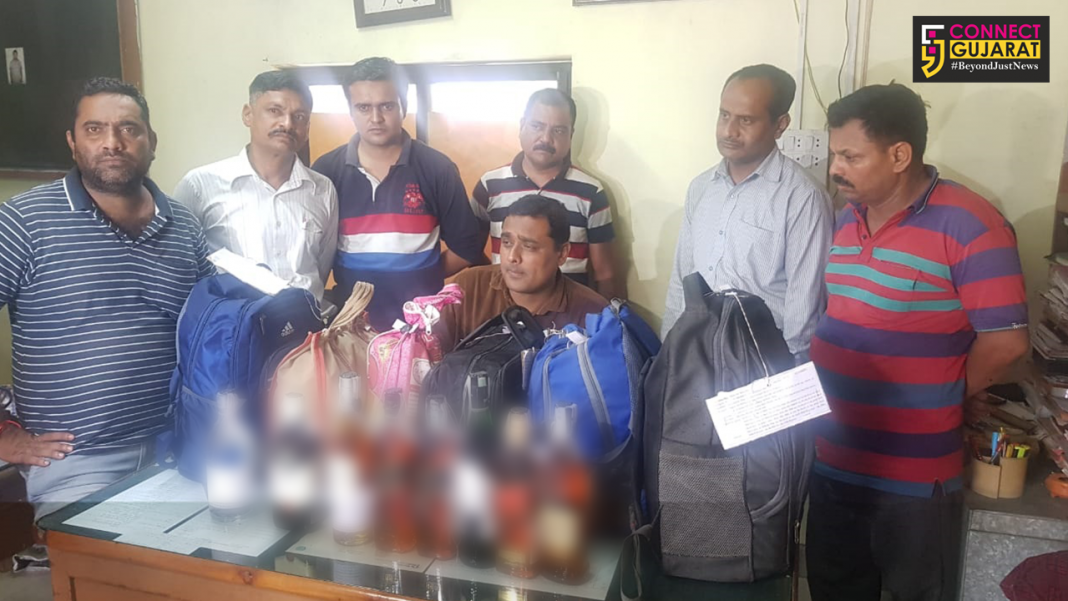 Western Railway Vadodara LCB team caught two persons which includes a retired Army jawan with IMFL at Vadodara. The two were caught by the police team after both of them get down from the Kerala Sampark Kranti express with the bags carrying the liquor bottles.

The LCB team headed by woman PSI V.K. Garasiya was on patrolling to check the incidents of ladies purse lifting from trains from railway D.cabin to Vadodara. At around 03.50am on 24th August 2019 one of the constable Mehul Kumar Hirabhai spotted a person named Shashibhushan Singh 52 get down from last general coach carrying three bags from 12218 Kerala Sampark Kranti express passing from near Pandya bridge in slow speed. After checking the bags the team found 32 IMFL bottles from inside the bags. Singh originally hails from Bihar retired from Army and presently lives in Ambala.

Another LCB constable Jayesh Kumar Khatubhai spotted another person Rakesh Kumar Shukla 44 get down from general coach with bags. After checking the team found 35 IMFL bottles from inside the bags. He hails from Bihar and presently lives in Pune Maharashtra.

The team of woman PSI V.K. Garasiya and LCB WR Vadodara team caught two accused with liquor worth one lakh 55 thousand. Both of them booked under prohibition and further investigation is on in the matter.

AAP to contest polls in 6 states, including Himachal Pradesh, UP,...