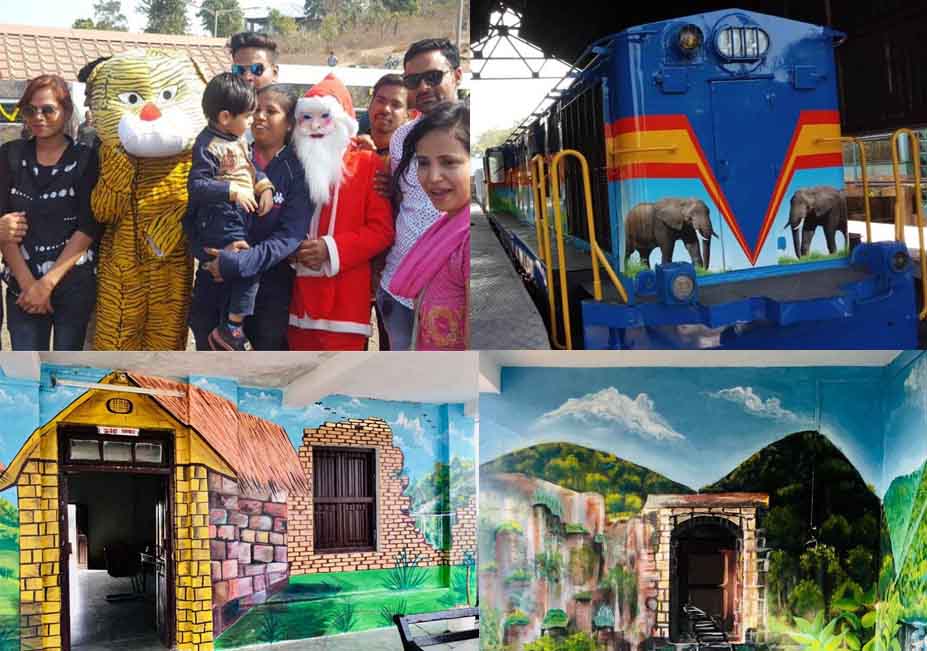 RECENTLY HAS BEEN DECLARED A HERITAGE SECTION BY INDIAN RAILWAYS

Western Railway introduced a special heritage train between Patalpani and Kalakund stations from Patalpani on Tuesday, 25th December, 2018 which recently has been declared a Heritage Section by Indian Railways. This picturesque and scenic section comes under Ratlam Division of Western Railway.

Ashwani Lohani, Chairman, Railway Board had directed concerned railway officials to develop Patalpani -Kalakund metre gauge section as heritage section and to run heritage special train on this section during his last inspection in the month of September, 2018. Ratlam division has done this work at the earliest and got  success to run a special heritage train on this section on 25th December, 2018. 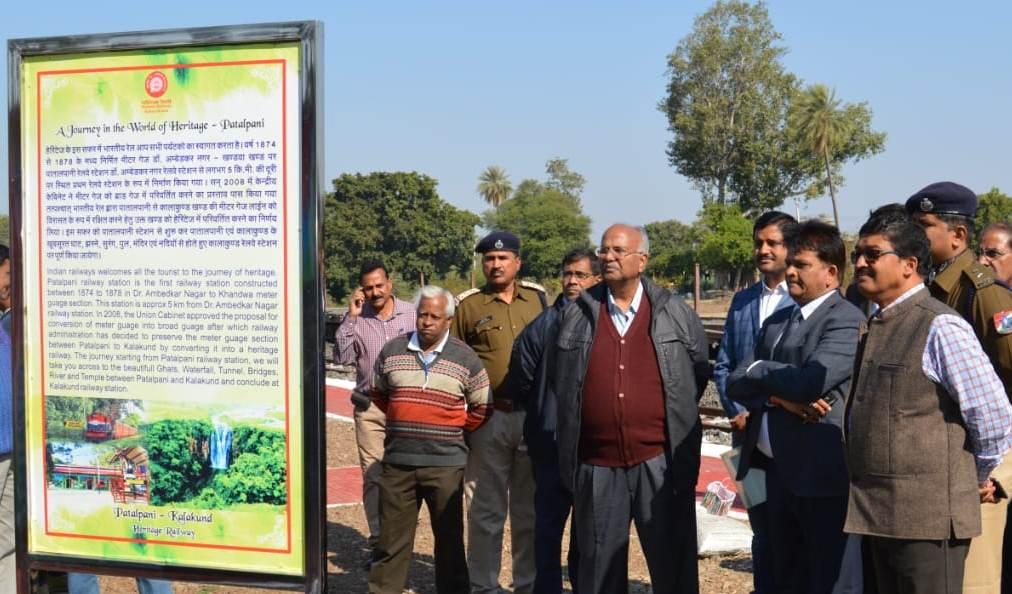 Western Railway General Manager A.K.Gupta inspected this prestigious heritage train project on 24th December, 2018 and discussed various aspects in this regard with DRM and other senior officers. It is worth to mention that more than 25 workers of WR’s Carriage and Wagon workshop of Lower Parel actively contributed in the refurbishing process of this special heritage train coaches at the cost of approximately Rs. 40 lakh. The refurbishment was done at Bikaner Carriage and Repair Workshop.

WR has refurbished 3 coaches for the Heritage train. These aesthetically designed coaches will definitely add glitter to the beautiful sites outside. This meter gauge line was constructed about 150 years ago. The stations, rest houses and other service buildings on this section are being decorated/adorned alongwith the development of about 2 dozen tourist spots on WR’s first heritage section in Ratlam Division between Patalpani and Kalakund stations to attract & facilitate tourists around the globe.

Tukoji Rao Holkar II initiated proposal for rail connection from Indore to Khandwa. The correspondence with British Government took six years who finally agreed to lay the line after the Britishers were provided a loan of Rs. 1 crores with an interest of 4.5%. The work commenced in 1870 and was completed in 1878. Mhow-Khandwa MG line was a part of North-South MG link between Jaipur & Secundrabad.

The level difference between Patalpani & Kalakund stations over a track length of 9.5 km is 172 mts.

The total curve length is 6.5 kms.

The average gradient is at 1 in 55 (steepest gradient being 1 in 40 in a continuous stretch of 5 kms).

There are 4 compulsory operational halts for train to stop dead (to ensure control over the train).

Trekking spot on hilltop near Kalakund