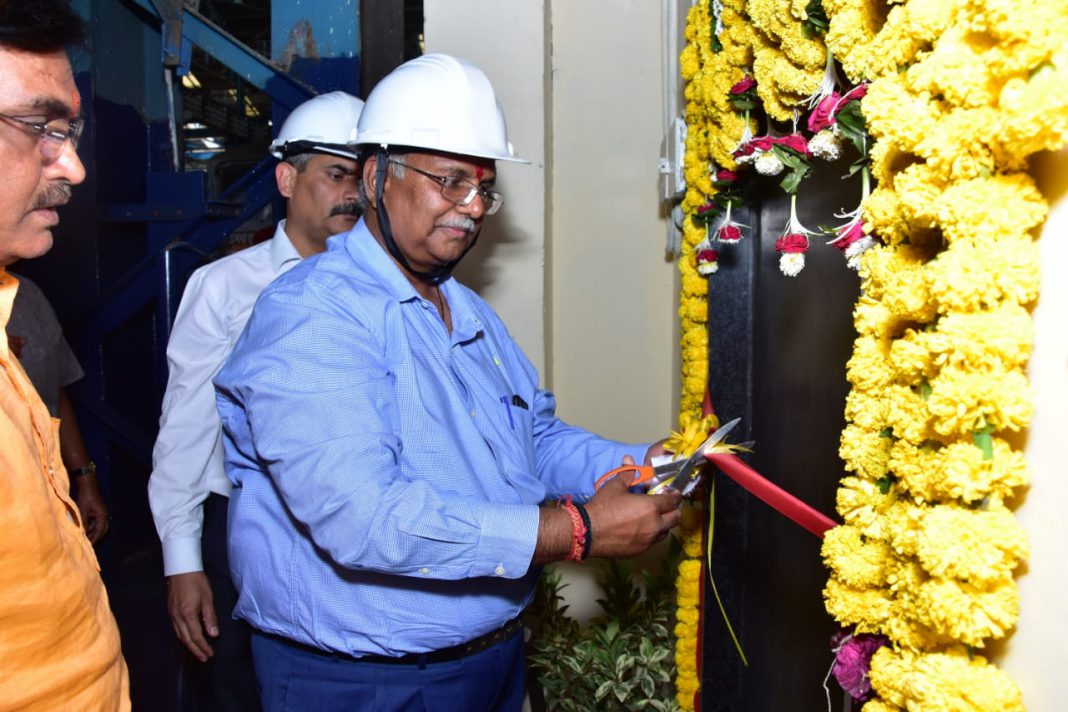 GM visited Vadodara on Monday and conduct inspection at Pratapnagar carriage and wagon workshop on the day it completed 100 years of existence. He also later visited the ELS on the occasion of its 47th foundation day. The inspection was done in presence of DRM/BRC and other officers from division and Head Quarter.

The Highlights of the GM inspection :

1. Unveiling of “Suraksha Prateek”  at entrance of shed. Suraksha prateek showcased at entrance are made in-house using scrap to promote safe working habits among shed staff was appreciated. Porch area of shed was also seen which has been recently beautified. Milestones of shed and various achievements were also displayed in porch area which was seen and appreciated.

2. Inspection of three phase locomotive Electronics-Lab was done. Various  testing facilities of card testing  developed in  were seen and  appreciated.

3. Inspection of various sections was done. During inspection display of various in house Innovations and modifications as per RDSO MS were shown and same were appreciated.

4. Inauguration of renovated PPIO meeting room was done by GM followed by unveiling of CD with OEM  certified video on Overhauling procedure of ELGI make 3 loco compressor which was appreciated.

5. Cab improvement measures being implemented in various locomotives of shed was showcased in loco no. 30527 which was appreciated by GM and motivated to continue these good works.

6. Followed by locoshed inspection was inauguration of Lord Ganesha idol in ECO Garden in front of shed. Ganesha idol is made using shed scrap by shed staff Shri Ashok Panchal and his team. He along with his team was congratulated by GM for his creativity for such a masterpiece and was addressed as by GM as” Best out of waste”.

7. Electric Loco Shed foundation day was celebrated  with unveiling of “Shed Varshik Patrika” followed by annual performance report. A prize distribution ceremony was also organised where the GM handover the prizes to winners of sports meet. Shields for best cleaned section, best innovation done in shed, best performance during 2018-19 and best store management were given by GM.

i)Award of 50,000 for celebration of shed foundation day.

ii)Award of 50,000 for in house innovations carried out in Shed.

iii)Award of 50,000 for overall good performance of shed in improving three locomotive reliability.

iv)Award of 50,000 for all the achievements mentioned in shed Varshik Patrika.